2/16/22: The Cottage School Cougars traveled Wednesday to Furtah Preparatory School to take on the Falcons who earned the right to host a first-round state playoff game. Furtah is ranked #5 in the state for GISA AA and TCS is ranked #12. The winner will play on Saturday down at Tattnall Square Academy in Macon for an Elite Eight opportunity.

It’s not usual that region opponents play in the first round of state, but it does happen. As many know FPS has easily beaten TCS in each contest over the past two seasons. What many thought was going to be a carbon copy of the past six contests was in for a surprise, for at least three periods. Furtah did pull away and rout the Cougars 92-52 but not before Cottage gave the Falcons a bit of a scare.

The young men in black and purple executed brilliantly early, connecting on several shots from all over the court. As Cottage took a 9-0 lead, the Furtah coach called timeout to a roaring Cougar bench and crowd.

TCS continued to stay hot with baskets made by Aidan Briggs, Alex Hogg, and Braden Kramer and went on ahead 19-13 by period’s end. Cottage scored more points (19) in the first stanza than they had in their previous three contests combined after one quarter (18). 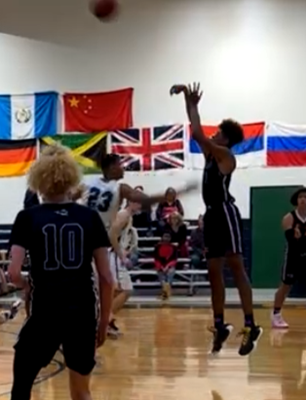 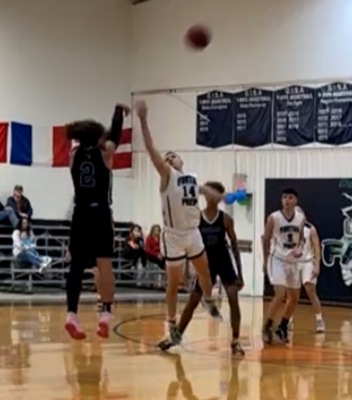 The Falcons had time to refocus and came out much more efficient in quarter two but still found themselves tied with just three minutes left in the frame at 26. Matter of fact, Furtah did not take their first lead until the two-minute mark in the half; 28-26. The Falcons never looked back going into the intermission break ahead 37-28, but Coach Briggs stayed confident; “So proud of the team for their focus on detail from practice yesterday. We came in with poise, and it showed but as we just experienced (11-2 run over a minute of action to end the period) Furtah has a deep bench and can score points in a hurry. We cannot allow for multiple turnover baskets in the third or this game will be over quickly, despite how great of a start we had.”

Cottage came back out early doing exactly what worked from the beginning. A 7-2 run caused for another Furtah timeout and the Cougar crazies were up screaming yet again. With five minutes left in the third period the score read 39-35 Furtah.

As Coach Briggs feared, the Falcon talent in combination of fatigue and missed open shots by his team allowed for Furtah to take full advantage. FPS went on a 28-6 run over those five minutes, of which the clock seemed each second lasted minutes. Despite two timeouts to help give rest and to regroup, nothing could stop the Falcon onslaught. If it were not a turnover layup, it was an offensive rebound putback or another Cougar misfire leading to a Furtah fastbreak. The quarter finally ended as Cottage looked up to a 67-41 deficit.

The mighty Falcons went on to prevail 92-52 but not before Cottage earned some respect for the first time since 2012, with their incredible 72-67 upset winter tournament win at Furtah. Coach Whitley from Furtah passed on some kind words after the contest; “Congrats on coming in here prepared. Your kids were ready and that made for a fun night. Hearing your bench and fans loud like that was great.”

This Cottage Cougar team does go down in history as one of the best. They finish 19-10 (only three other Cougar teams have won 19 or more games), won three AAC undefeated season titles in a row (no AAC school has ever done that), ranked twelfth in GISA AA state two years in a row and some say they were a top seven team. It is unfortunate they couldn’t be ranked #10 or they would have travelled to take on the #7 to have proven it.

Alex Hogg recorded a quadruple-double! Yes, we won’t speak on the fourth category as it is not positive, but he did finish with 23 points, 10 rebounds, and 10 blocks! He also blocked two dunks without fouling and hit four three-pointers in a game for the first time in his career! Hogg now holds his new record of 119 blocks in one season. He stands alone with over 100 blocks. 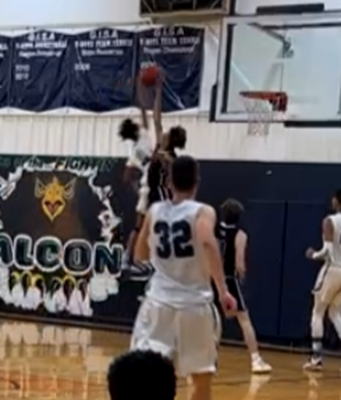 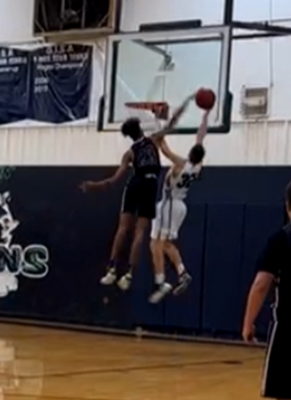 Aidan Briggs gathered another double-double to finish with 11 on the season. Only AJ Farrar with 21 in 2013 has had more in a season than Aidan. He ties Kia Smith (2017) for second most with 11. Briggs finished with 19 points and 13 rebounds. Aidan ends his career with 32 double-doubles which is second most in school history (Farrar=46 and moves Smith’s 24 to third). Aidan also finishes with 85 total assists this season which is second all-time to Farrar’s 103 in 2013. Aidan took three charges and tied his school record of 27 in a season (here is a great shot of one of his charges). His efforts allowed for Aidan to move over 500 points and at 300 rebounds his senior year. Only Farrar in 2013 has ever reached a 500-300 statistical season at TCS! Aidan is just the third Cougar to score 500 points in a season (Farrar in 2013 and Harris Menetre in 2018). Only Briggs and Farrar have pulled down 300 plus rebounds. 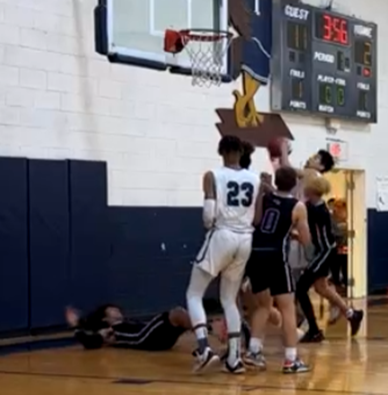 Braden Kramer put in 5 points, had 4 rebounds and 3 assists.

Blake Lackey scored all 4 of his points in the second period to keep the contest close. He added 4 rebounds. 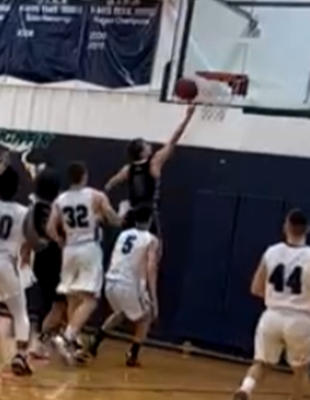 Daniel Byman corralled 6 boards, dished out 4 assists and gathered the teams’ only steal.

Congratulations to the nine seniors! We thank you and wish you the best. Some still have an All-Star game to play before their basketball time in HS is officially over. Congrats to Aidan Briggs, Daniel Byman, Alex Hogg, Anthony Kovach, and Braden Kramer for earning the right to play in the 2022 AAC All-Star game. The contest will take place at Cumberland Academy on 2/26-Saturday.

One more proud moment for a Cottage Cougar. Aidan Briggs made the 2022 GISA Senior All-Star game. He becomes the first to represent in a GISA statewide team sport All-Star event. GISA picks 30 of this year’s 75 senior basketball student-athletes to make up two teams of fifteen players. This contest will take place at Tattnall Square Academy on March 5th-Saturday.