Dateline – Roswell, Ga.: In a gritty war of attrition the Lady Cougars punched their ticket to the AAC Championship game for the second consecutive year and for the third time in the last four years. The 43 – 24 victory also marked the first time that the Lady Cougars bounced Atlanta Area School three times in a single season.

Going into the game, even casual aficionados of AAC ball could guess the major themes of this quarterfinal contest: physical play by the Lady Panthers, an opportunistic fast break offense centered on All Star guard Lexi Stroothers, and the ability of the Lady Cougars to impose their pressure defense. In this case, the pre-game scuttlebutt absolutely translated onto the court.

In the first quarter, Cottage centered on Stroothers, trying to keep the ball out of her hands to the greatest extent possible. This approach paid immediate dividends as the high scoring guard finished the first eight minutes with only a single free throw. Lady Panthers’ forward Booker picked up some of the slack by tossing in a field goal and a free throw of her own to account for the rest of her team’s four points. On the other side of the court, the physical defense of the guests slowed the Cottage attack, but four different Lady Cougars scored (Ana Mills, Alyssa Briggs, Celeste Jeoffroy, and a three point dagger by reserve Finley Love) to ring up 9 points.

The second period of play witnessed more of the same, and each side forced bad shots, and kept their foes from executing with anything resembling efficiency. AAS again ground out 4 points, while Alyssa Briggs nailed all 7 of her team’s points for the quarter, allowing the Lady Cougars to double up the Panthers 16 – 8 at the half.

With both teams flirting with foul trouble, and with no one truly imposing their will upon the game, the two teams attentively planned their adjustments during the halftime break. It initially appeared that The Lady Panthers derived the correct formula as they scored two quick baskets. At that point, the offensive floodgates opened, relative to the pace of the first sixteen minutes, as AAS pumped in 12 points while the Lady Cougars countered with 11. The Lady Cougars witnessed a season high six players register points during this period. Stroothers connected with six points, but found herself bedeviled by misses at the foul line, and ever mounting fouls. Near the end of the third, the officials whistled up Stroothers for her fifth and final foul, thereby banishing her to the bench.

Without their main gun and chief ballhandler, AAS attempted to turn the point guard duties to frontcourt standout Naja Love. In the end, a relentless TCS pressing attack prompted a flurry of turnovers that salted the game away. Keyed by a bevy of Celeste Jeoffroy steals, Cottage powered home 16 points to claim the 43-24 win.

The Lady Cougars now face their supreme test, defending their title against the undefeated and high flying, Howard School Hawks.

GAME NOTES
Finley Love, Julia McCauley and Hannah Katz continued their customary reserve roles as charter members of the “Cougar Youth.” Love tickled the nets on a three pointer, and added a free throw (after drawing a foul on a furious drive to the rim) to tally 4 points. Love added 4 rebounds (1 offensive) and had a hand in 3 steals. McCauley forced a steal and chased down a loose ball, while Katz finished the game in her preferred frontcourt position, where she maintained the defensive pressure on the AAS “Winnebago Wall.”

Galya Kysar took on the sixth man role, and logged playing time in all four quarters. She scored a basket in the furious third quarter, and pulled down 8 defensive rebounds, to go along with 2 blocked shots, 1 steal, and an assist.

Lilian Travis and Alyssa Briggs answered the bell as the starting backcourt. Travis scored on a nifty mid-range jump shot, adding 2 points to the team total, while also forcing 1 steal, passing for 1 assist, and boxing out her way to 3 rebounds (1 offensive). Briggs carried the scoring load, chipping in a game high 19 points that included every sort of shot imaginable: a three point bomb, conventional jumpers, drives into the teeth of the zone, fast break finishes, and foul shots. The sophomore guard accounted for 5 steals, registered 1 assist, blocked 1 shot, and hauled in a team high 13 rebounds (9 offensive).

Front court starters Anika Helm and Celeste Jeoffroy came up big in this playoff game. Helm nailed a foul shot after being assaulted in the post. She fought her way to 6 ‘bounds (4 offensive), stole 2 balls, dished 2 assists, and made her obligatory blocked shot. Jeoffroy again found herself playing on the perimeter in the zone for the second time this season. She did most of her defensive damage in the second half as she rang up 6 steals to break the game wide open. Jeoffroy also scored 4 points, credited an assist, and came up with 3 offensive rebounds.

Point forward Ana Mills scored in the first, third and fourth quarters to amass 11 points (including a three pointer that seemed to provide the coup de gras to the visitors). Mills also claimed 9 boards (6 offensive), and passed for a team high 4 assists, to go along with a game high 7 steals. 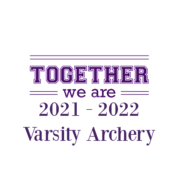 Cougars break school record with 14 made 3-pointers in 69-27 AAC semi-final...
Scroll to top