Dateline: Eatonton, Ga. In a season of many firsts for the TCS Ladies’ program, perhaps none loomed larger than their first ever playoff appearance in the G.I.S.A. AA State Basketball tournament.  In a season where unpredictability stood out as the only constant, the Lady Cougars persevered and secured the #10 seed in the tournament bracket, drawing the unenviable task of drawing eight time champion Gatewood School in the first round.  The team braved the congestion of I-285, the wilds of the Oconee National Forest, and the hostile “Swamp” arena to wage basketball battle against the Gators.

Unfortunately, midnight struck early for the Lady Cougars, putting an end to their Cinderella Season.  The reptilian representatives used suffocating defense to dictate the pace of the game early.  While Cottage responded with staunch defensive play of their own, their own offense remain locked in idle.  Galya Kysar broke the ice with nearly three minutes of game time chewed up when she drew a foul en route to the hoop, and canned a pair of free throws.  She followed up with a conventional bucket a couple of minutes later, accounting for all of her team’s first quarter scoring.  On the other side of the ledger, the Gators lit up 16 points of their own.   The second quarter provided more of the same, as the Eatonton home towners duplicated their output, while Kysar retaliated with a three point bomb from the top of the arc.

The second half saw signs of offensive improvement for TCS, but a bevy of close misses prevented the team from putting together the really big run that they so desperately needed.  In the third stanza, Kysar connected on a runner, and Alyssa Briggs drew a number of fouls as she committed to taking the ball into the heart of the defense.  She swished home a foul shot, and banked home a drive after absorbing contact.  Junior Emmi Dillehay broke into the scoring column with a shot from the charity stripe, as she also drew a foul in heavy traffic.

The players and coaches wish to express their deepest appreciation to the family, friends, and fans who helped to make this season so memorable. 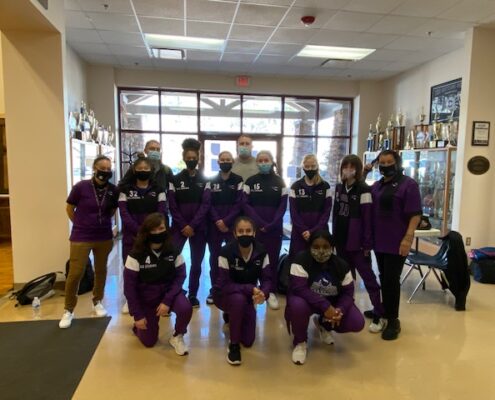 Reserve guards Lillian Travis and eighth grade “veteran” Finley Love provided bench relief.  Love entered the game to start the third quarter, and made a second appearance in the final period of play.  She claimed 2 boards, one plucked from each end of the court, and got involved in some “muscle tussle” as she tied up a loose ball.  Travis entered the game in fourth quarter action and executed the team’s offensive and defensive sets.

Two frontcourt players provided the balance of the Lady Cougar’s reserve strength.  Sophomore Celeste Jeoffroy grabbed a defensive rebound, stole a ball, and showed off her uncanny acceleration skills in getting back in the transition defense.  Although her stat sheet did not overflow with tally marks, any objective observer would provide Emmi Dillehay props for superior team defense.  Showing great court awareness, Dillehay continually slid to help the “strong side” defenders, and rotated back as the offense reversed the ball, all the while committing to getting back in the transition game.  She claimed a rebound and two steals on the night, along with the previously mentioned foul shot.

Ana Mills jumped into a starting role in this evening’s playoff game, taking the lead in marking up on frontcourt and backcourt opponents.  She nabbed a rebound, and stole a basketball.

Anika Helm patrolled the paint, gutting out two rebounds (1 offensive).  Although she did not score on the evening, Helm did put up a couple of close shots from under the hoop, in heavy traffic.

Alyssa Briggs pushed in 4 points, all gained in kamikaze style drives to the hoop, the one variable in the TCS offensive toolkit that the Gators could never quite deny.  Briggs also led her team with rebounds (5 defensive – 1 offensive), 2 assists, and 5 steals.

Galya Kysar served as her team’s rock of stability.  When nothing could get going in the first half, Kysar willed her way all seven of her team’s points, adding another hoop in second half action.  Kysar also hit the boards 5 times (1 offensive rebound), forced 4 steals, and blocked a shot.

Alex Nebel concluded her four year campaign with a gutty effort.  Denied the opportunity to launch many of her favorite long distance harpoons, “Dr. Strangelove” used her passing and defense to aid her teammates.  Her stat line boasts 3 rebounds (1 offensive) and a pair of steals. 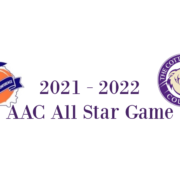