Dateline-Roswell, Ga.: The Athletic Directors of the Atlanta Athletic Confernce exhibited a flair for the dramatic when they paired the biggest ladies rivalry of the past twelve campaigns against one another on the occasion of The Cottage School’s Senior Night. Over this span of time, the two squads clashed several times in most memorable fashion, including two games not settled until the final possession (2010 play in round and a 2015 regular season rock fight at Howard). Playing in front of the loudest crowd since the pandemic, the top two seeds did not disappoint in offering up another game for the ages.

Unfortunately the first eight minutes of the game began in less than stellar fashion for your hometown heroines. As though the team collectively hit the snooze button at the starting tip-off, Howard exploded out of the gate with focus and efficiency, while Cottage countered with a version of “zombie ball.” At one point Howard boasted a 15 – 1 advantage, with an Ana Mills foul shot providing the only Cottage retaliation. In the final minute of the first frame Howard standout Ava Beck and TCS sophomore Alyssa Briggs traded buckets. The first eight minutes ended with Howard possessing a commanding 17 – 3 lead.

A subdued Cougar Nation looked on as the perplexed team took to the bench between periods. Now fully wakened from the dream state that inhibited the first quarter defense and offense, the Lady Cougars regrouped and hit the second quarter with focus and purpose. Lifted by the emergence of Senior Galya Kysar, Cottage responded with a renewed sense of urgency and execution. This put the kibosh on Howard’s free wheeling offense, limiting them to a miserly 5 second quarter points. Regular season scoring standouts Briggs and Mills then put on their best Batman and Robin impersonation, as they both rang up six points apiece to account for all of their team’s points. The players earned their points at the foul line, from long distance (on the strength of a Briggs three point harpoon), a breakaway steal by Mills, and in finishes around the basket. By halftime the Howard lead stood at seven, and the assembled multitude realized that the second half promised even more fireworks.

The third quarter witnessed a carryover, as the Cougar defense continued to throw sand in the gears of the Howard attack. Grinding out 6 points over the eight minutes against the home town defense, Howard gave up 12 points for the second consecutive period as Cottage pulled to within a single point. In this third quarter five Cougars answered the bell and broke into the scoring column, led by Briggs’ five points. With three quarters of the game now in the books, Howard held on to a 28 – 27 lead.

With the crowd now reaching a crescendo of noise, the two teams checked in for the game’s penultimate period. In a quarter where every possession loomed large the defenses rose to the occasion time and time again. Cottage did break through, wrestling away the lead, but never gaining any breathing space. Another shot by Lady Hawk Beck (her 16th and 17th points of the night) pushed Howard ahead by a score of 35- 34. With the clock showing over a minute left, Cottage took possession. After working the ball around the perimeter, Briggs spotted her teammates and delivered the rock to Kysar operating on the block. Taking only her fifth shot of the season, the senior forward executed her post footwork, and banked home one of the biggest shots of the season! Pandemonium briefly ensured, but everyone realized that time remained on the clock, and that Howard now controlled the ball. Focusing on Beck, who led the game in points scored, Cottage deterred the Hawks’ best weapon on the night from taking the go ahead shot. But in a series with a history of the bizarre and the unexpected coming to the fore, Howard’s Maya Srinivasa connected on a seventeen foot jump shot to take the lead, and to close out the scoring for the evening. Without the benefit of hindsight, both squads still played out the remaining seconds with white hot intensity. Ultimately Cottage gained possession with 8 ticks showing on the clock, with 84 feet between the in bounder and a potential winning basket. After a timeout the team emerged with a back of the envelope play designed to get a last, sound look at the basket. Unfortunately, on this night the deities of the basketball world were not with them and the last play of the game failed to net the winning basket.

Despite ending up on the short end of a 37-36 final score, the Lady Cougars demonstrated their meddle in digging themselves out of the cavernous hole they found themselves in to start the game. They also took solace from the level of play provided by their All – Star Galya Kysar who took to the floor for only the second game this season. Overall, the team now looks with great anticipation to the start of tournament play on Monday, and the prospect of writing yet another chapter in the storied Howard-Cottage rivalry if both teams advance to the finals on Thursday evening.

Lillian Travis, Celeste Jeoffroy, Ana Mills, and Alyssa Briggs constituted the underclassmen in the starting lineup for this contest. Travis claimed a board and helped to anchor the defense of the perimeter. Celeste Jeoffroy made her presence felt under the boards (8 boards/2 offensive), and on the defensive end, where she played at the guard spot for the first time this season, nabbing NINE steals. The junior also made two second half shots, earning her 4 points. Fellow junior Ana Mills turned in another timely well rounded effort from the point forward spot. She forced 5 steals, chased down 4 rebounds, and pumped in 11 points. Mills exhibited dead eye shooting skills as she nailed 5-6 free throws on the night. Alyssa Briggs led the squad in scoring with 13, but her most impressive work came underneath the basket, where she pulled down 19 BIG rebounds (with 4 coming off of the offensive glass). The sophomore guard also stole 7 balls, and dished for an assist.

Finely Love, Hannah Katz and Julia McCauley represented the Cottage School youth on the bench for this final regular season game. Love checked in during all four quarters, gaining two steals, and tallying 4 rebounds (1 offensive). Freshman McCauley emerged from the bench to spell players as the fouls mounted, logging time at both the guard and the forward positions. Her biggest moment came during the white hot intensity of the fourth quarter, when she posted up on an inbounds play, received the entry pass, and banked her shot home over a Howard defender.

The two seniors also imprinted their fingerprints all over the direction of this game. In just her second appearance of the season, Galya Kysar tallied up her stat sheet in relatively limited, but impactful playing time. In a game where the Howard frontcourt came to play, Kysar provided the perfect counter off the bench. Her activity around the basket resulted in 6 boards (4 offensive), forcing fouls that earned her two separate trips to the charity stripe where she connected on 2 of 4 shots. Her other two points came in the white knuckle waning moments of the game described in the article. Kysar also recorded her team’s lone blocked shot, she passed for an assist, and forced 4 steals.

This coach will make the argument that Anika Helm posted the game of her two year TCS career. She boxed her way out to 13 rebounds, including at least two occasions where she battled for a defensive rebound, then motored up the court to almost immediately claim the offensive board under her team’s basket. Helms’ ability to cover so much ground so quickly was not a flash in the pan, but remained a constant throughout the game and added a great deal in keeping the aggressive Lady Hawks in check. Active hands allowed her to make 5 steals, she assisted McCauley in her fourth quarter score off the inbound play, and Helm scored on a post move in the third quarter. 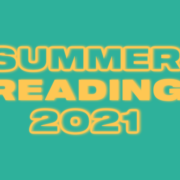