2/11/22: The Cottage School Cougars took on the Fulton Science Mustangs at TCS for their third matchup of the season in the region 5AA playoffs. A win guarantees a state playoff entry for both these teams. Cottage is currently the #13 seed in the state and Fulton Science is #16, and the top sixteen teams make the state tournament.

Before the contest there were two players named from these two teams who earned All Region, and both belong to TCS. Seniors, Aidan Briggs and Alex Hogg were two of the fifteen players who made All Region in 5AA. The other thirteen were from the top two seeds SRA and FPS. Congrats to both these young men. It is Aidan’s second year in a row and Alex’s first making All Region. 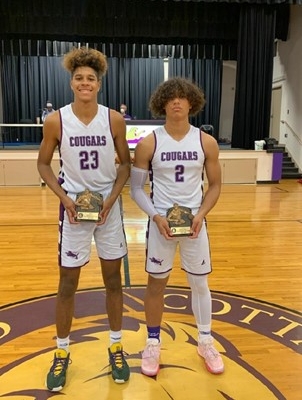 To the court: With just under two minutes remaining in the contest Cottage held a slim 53-49 edge. Fulton Science just scored going on an 8-0 run so Coach Briggs called a timeout with possession to talk it over. “Look guys, you have outplayed them for the entire game. Credit this run they put together but take a deep breath and the best team will come out on top. Execute here versus the full court press and we get the ball inside, going back up six points will pull us through.”

Better than coach had hoped, breaking the press led to a Blake Lackey hook layup to bring the home crowd to a loud roar!   FSA immediately turned it stepping over the end line. Both teams exchanged FT’s and a basket but not again did FSA get within that four-point TCS lead. Cottage went on to win 59-52. 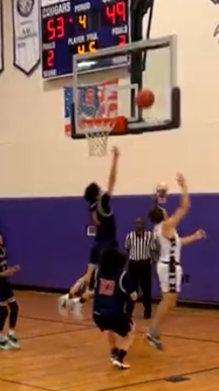 To start the contest, TCS wasted no time putting pressure on Fulton Science, scoring early and often. Led by Aidan Briggs who scored 13 first period points (connecting on three threes) the Cougars took a 18-9 edge to end the frame. 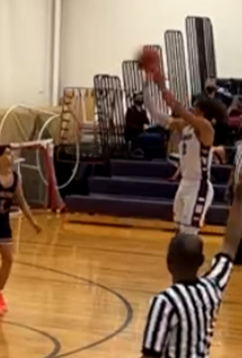 Both teams played relatively even through the next two quarters until the Mustangs outscored them in that final period (22-14). Thankfully for TCS they had built that quick start to begin the game. No doubt did that lead give the Cougars cushion, but also confidence to finish with the 59-52 victory.

The Cougars await the final rankings to come out on Saturday to see who they will travel to for the first round of the state playoffs. They are now 19-9 and have a shot at 20 wins (which has only been done twice in school history; 2010 & 2013). 19 wins has now been accomplished twice, the last in 2009.

State update…Furtah Prep moved up two spots from #7 to #5 after their slim five-point championship loss to the #1 team in the state, Solid Rock. TCS also moved up a spot with their win to the #12 seed so on Saturday’s final rankings committee meeting the Cougars found out they will now travel to Furtah Preparatory School on Wednesday (2/16) at 7:00 PM to take on the mighty Falcons. For readers’ curiosity’s sake, Fulton Science stayed at #16 and will travel to #1 seed Solid Rock. Yes, this makes a rematch of the region 5AA playoffs in the first round of state but for some reason (many believe they know why) the state playoff committee allowed this unfortunate oversight. It is a bummer for all four schools to not compete versus teams they have not seen before, but once the meeting is final there is no changes to the state bracket.

Aidan Briggs saved his last home game of his career for his best, recording a first 30-20 stat line and only the second Cougar to reach this milestone. A.J. Farrar (2010-2013) earned four 30-20 games in his career and now Aidan has joined him in that category. Ironically, Farrar was in the building to witness Aidan’s mark on this night. Briggs finished with 30 points, 23 rebounds (a career high;   21 was his previous mark last season vs CKHS), 4 assists, 2 steals, a blocked shot, and two more charges taken. He now has 23 putting him over 20 charges in back-to-back seasons. Only Aidan has had over 20 with the school record of 27 last season. 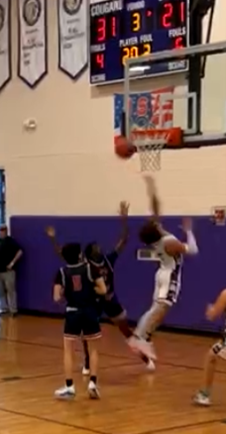 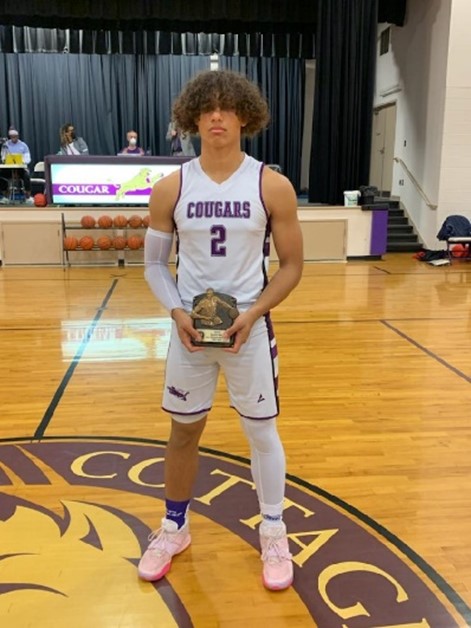 Alex Hogg put together his 7th double-double of the season with 15 points and 13 boards. He also added 2 assists and 7 blocked shots. On Wednesday Alex reached over 100 blocks for the season: now with 109.  He already holds the record with 91 last year and continues to add to his new record total. 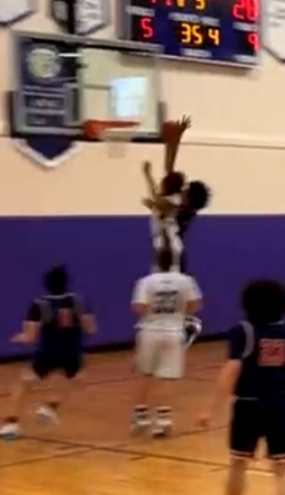 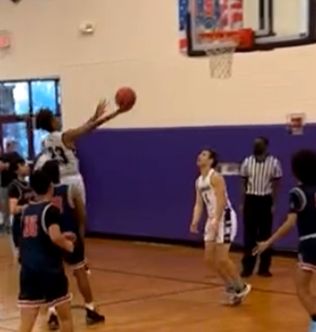 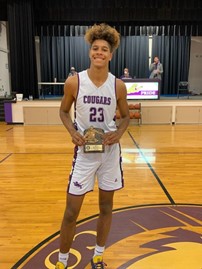 Blake Lackey came through in key moments. His effort aided his teammates when the Mustangs cut it to four points late in the fourth. Lackey finished with 5 points, 5 rebounds, and 2 assists.

Anthony Kovach did not light up a stat sheet, but his poise helped his team keep the lead. He finished with 5 points and 2 assists. 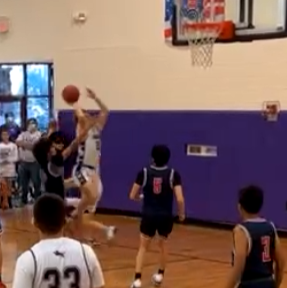 Jack Kane put back a very important offensive rebound basket late in the fourth to put a halt to FSA’s first of two runs in that fourth period.