Dateline – Roswell, Ga. What a difference one hundred and twenty hours can make. After trekking to the Falcon’s Nest in Acworth and 51 points, the Lady Cougars looked forward to ambushing Furtah in their own lair. The away and home set provided a stark object lesson in contrasting styles of play, and provided participants and spectators alike with a wild roller coaster ride that fans will relive for years to come.
Unlike the free and easy fast breaking attack and hard dribble drives that allowed Furtah to showcase their own version of “Showtime” basketball, the Lady Cougars used superb transition defense and necessary rotations to mire the Lady Falcons in a half court game from start to finish. The first quarter saw the visitors grab an early 4 point edge, but both squads played it nearly evenly as Furtah escaped the first frame with an 8 -6 edge. Unlike Thursday’s contest where star guard Harmoni blazed her way to ten early tally marks, on this night #10 only scored on a single first quarter bucket. The six Cottage points through an Alyssa Briggs patented drive, an Emmi Dillehay offensive rebound and put back, and a nifty shot by Galya Kysar, ably assisted by Alex Nebel.
During the second quarter the Cottage defense continued to ramp up, holding their guests to a mere 4 points. The second quarter also marked the only time in the contest where the offense flowed reasonably smoothly for Cottage. The Lady Cougars posted 10 points with four players getting into the scoring column. Anika Helm powered in a post shot, Sixth man Ana Mills knocked home a shot, as Briggs and Kysar both canned a field goal and a foul shot each. At the half, Cottage nursed a four point advantage.
While their defensive intensity remained strong, the third quarter witnessed Cottage struggle through an offensive draught of absolutely Biblical proportions. Nebel secured her team’s only points as she followed a missed shot. While the ladies had a number of good looks from the charity stripe, mid-range jumpers, floaters, and basic post moves from deep in the paint, nothing else fell. In contrast, Furtah got four players in the scoring column as they closed the third with a five point bulge and the momentum at their backs. With their offensive luck running on empty, and their backs to the wall, the Lady Cougars rallied with purpose. Defensively, they upped the ante, surrendering only two points over nearly six minutes. Significantly, #10 Harmoni did not score a single point in crunch time. While nothing came easily for TCS offensively, Cougars scrounged out enough points to briefly reclaim the lead. Briggs earned her points the hard way, knocking down three free throws after absorbing body blows on her trips to the rim. DIllehay chipped in with her second shot of the night, and Nebel struck with a most timely trifecta. With the score knotted at 23 and less than forty ticks left on the clock, the Lady Falcons pushed the ball out to reserve guard Zoe who nailed the most timely three pointer of her career. Cottage called time, opting to run the offense in order to gain a sound look at the basket, rather than settling for the quick “home run” shot. Cottage did not convert, and Furtah regained possession. After a scrum near the sideline, the Lady Falcons regained possession with nearly six seconds left. TCS burned another time out in the hopes of forcing the steal. Alas, on this night lightning did not strike and Furtah retained the ball, and with it the game.

GAME NOTES
Celeste Jeoffroy, Ana Mills, and Finley Love served as the reserve strength in this last regular season home match. Jeoffroy fought her way to 5 rebounds (2 offensive) and forced 2 steals, while also using her speed to pace the transition defense. Mills swung between backcourt and front court duties as she scored 2 points, grabbed 3 ‘bounds (1 offensive), and also claimed a steal. Love showed active hands in limited playing time, thieving the ball not once, but twice.

The front court of Emmi Dillehay and Anika Helm effectively handcuffed the starting Furtah center #40 Annabelle. In the first match, she posted 17 big points, but on this night “thumper and bumper” denied all easy looks at the hoop, while also keeping her off the glass, capping Annabelle’s output to only 6 points. Dillehay powered home 4 points, leapt for 6 boards (three offensive) and forced 2 steals. Helm banked home 2 points of her own, stole a ball, and nabbed 4 rebounds (2 offensive).
The starting backcourt pressed their fingerprints all over this game. Alex Nebel banged her way to 7 rebounds (3 offensive), passed for 2 assists, and scored 5 points. Galya Kysar drew the task of shadowing Harmoni, who torched TCS for 29 points in the last game. This time around under Kysar’s watchful eye, Harmoni only scratched out 7. Kysar knocked the ball away for 6 steals, passed for an assist, blocked 3 shots, mastered 8 rebounds (2 offensive), and tallied 5 points. Alyssa Briggs shot for 7 points, tallied a pair of steals and assists, while also pulling down 6 rebounds (1 offensive).

The Lady Cougars host MSA for the AAC Championship on Thursday evening at 5:00 p.m. 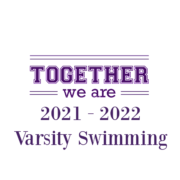