The Cougars and Mustangs met up for the first of five matches this season. The team is a blend of both returning players along some new faces to the varsity squad. While the match went in favor of MSA  (24-26, 25-22, 13-25, 17-25) the Lady Cougars did claim ownership of the second set.

The first set brought the Lady Cougars onto the court with excitement and enthusiasm, ready to play although you could see their nervousness. They passed well and controlled the pass nicely. The  level of teamwork was good for their first on court game experience. Serving strength was strong but not enough to help them push past the Mustangs. They ran out of gas but made it a tough run for the Mustangs, winning only by 2 this set.  Great serving from junior Olivia R.

The second set Cougars were fired up and ready to battle with the Mustangs. Serving was better, in addition to placement of smart and controlled balls across the net into the Mustang court. They handled serve receive well  taking the win in this set. Bella A. and Adair G. both had lengthy serving strings to help push the tally up.

The third set was especially tough. They did not come together as a team, serves were single shots back and forth. MSA #14 pummeled the team with strong, deep court serves that challenged the Cougars. Communication broke down and the Mustang score went up.

Final set started strong with a string of eight serves in a row from Bella. Then an error caused  the Cougars to turn over the ball to MSA  #14 who had run up the score in the third set. Freshman Anna M. seemed to be a magnet for her  tough and powerful serves. However she didn’t break under the pressure. She continued to fight through each serve and get the ball up and playable. The Cougars fought to finish the play and tried hard to earn back the serve, but struggled to make this happen. #14 had a 14 serve run. There were a couple of solid volleys evidence of true Cougar teamwork but not enough to work in their favor. Finally earning the serve back, senior Erin M got in a short run of serves in, but it just wasn’t enough to do it.

With this match under their belt, the Lady Cougars have a good idea of what we can focus and work on as we  practice strong before our next match with the Mustangs next week on March 17 at 4:30pm. Go Cougars! 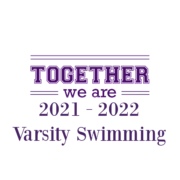