Dateline – Atlanta, Ga: Atlanta Athletic Conference charter members The Cottage School and The Howard School kicked off their 2021-2022 services with an epic clash at State Farm Arena, the home of the Atlanta Hawks.  After a season’s (Covid induced) hiatus, both schools looked forward to writing a new chapter in their storied rivalry on the big stage.

After an abbreviated warm up, the teams circled up for the jump ball.  Apparently, the lack of preparation time failed to faze the Lady Cougars as they executed efficient and intelligent offensive basketball.  Recognizing Howard’s commitment to face guarding Alyssa Briggs, everyone showed a willingness to pass the ball to open players, which resulted in a bevy of easy looks near the hoop.  Junior Celeste Jeoffroy served as the primary beneficiary as she punished the Hawks with 8 first quarter points.  The ever-dangerous Ana Mills hoisted home a “triple,” as well.  The black clad visitors escaped the first eight minutes with an 11 – 2 lead.

With a full quarter of game time under their belt, Howard regained their offensive groove by tossing in 12 second quarter points.  The Lady Cougars retaliated with 9 points of their own, as they continued to spread the wealth offensively.  Lillian Travis nailed a NBA distance three (for the second consecutive game), while Senior Anika Helm finished two baskets, and Mills was also credited with a hoop as well.

After the halftime strategy sessions the squads continued their offensive assault   Howard exhibited balanced scoring with hot shooting guard Olivia DeHean ringing up 5 points, and with two other players accounting for the other six third quarter scoring.  Equal to the task, the TCS frontcourt responded with 10 of the team’s 13 points, as Jeoffroy connected on foul shots and short bankers to claim 6 points, while Anika Helm operated out of the low post to gain 4.

Unfortunately the final period of play witnessed a Lady Hawk surge that pushedthe “home” team over the top.  Fatigue and a number of miscues combined to allow a big Howard 22 point outburst.  As the game entered the final critical minutes, the Cougars struggled to find the correct combination to right the ship.  Freshman Julia McCauley answered the bell with a fourth quarter banker, Briggs and Jeoffroy both earned trips to the foul line, while Helm and Mills also scored buckets of their own.  In the end the game ended with Howard owning a 50 – 43 victory.

Despite the loss, TCS fandom was treated to a close and entertaining game, while receiving an excited preview of coming attractions, as the squads seemed destined to face each other AT LEAST THREE MORE TIMES THIS SEASON. For future reference, pack those nitroglycerin tablets, as this season’s series promises to deliver a number of cardiac episodes before all is said and done.

The Lady Cougars operated with a short bench on this historic afternoon, with Freshmen Finley Love and Julia McCauley providing the relief.  Love saw action in all four quarters and grabbed 2 offensive rebounds.  Quite possibly league by laws mandate that this sneaky guard must round up these 2 offensive boards each and every game! Although Love did not connect on her shots, she showed confidence in her offensive game.  McCauley connected on the fourth quarter shot described in the game write up.  She also pulled in 3 rebounds (1 offensive), and recorded her first ever assist.  Studying from the Darryl Dawkins playbook, McCauley judiciously used three of her fouls within the first six minutes of her court time.

The backcourt played a key role in the contest of the defensive side of the court, and by stepping into the passing game to trigger the TCS offense.  Junior Lillian Travis nailed an NBA style three, forced a steal, and distributed the ball for 2 assists.  Point forward Ana Mills turned in a most balanced game , as evidenced by her 7 points, 10 rebounds (4 offensive), 5 steals, while also whipping the ball into the post for 3 assists.  Sophomore Alyssa Briggs faced intense pressure with face guarding and intense double teaming from wire to wire.  Although limited to 4 points, Briggs remained the primary distributor for her teammates as she passed for a game high 7 assists.  She matched that total with 7 steals, and fought her way to 5 rebounds (2 offensive), while also getting charged with 4 fouls.

On this evening the frontcourt stepped up in a big way to take on the scoring burden.  Senior Anika Helm connected on a career high 10 points, while also tallying a blocked shot, 2 assists, and 6 rebounds (1 offensive).  Junior Celeste Jeoffroy also punched in a career high with 17 points, to go along with a steal, and 10 big rebounds. 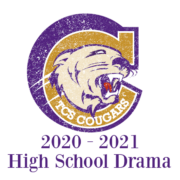