On the day of March the 13th The Cottage School Tennis Team headed to the Jewish Community Center to face Brandon Hall.

This day started like any other day, slightly gloomy, but the sun decided to be on our side and come out and shine on us. The birds singing their songs as if they were cheering us on. 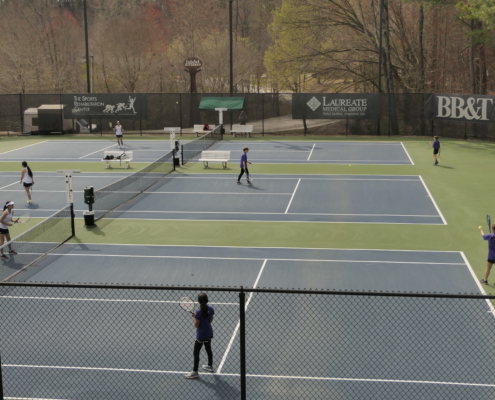 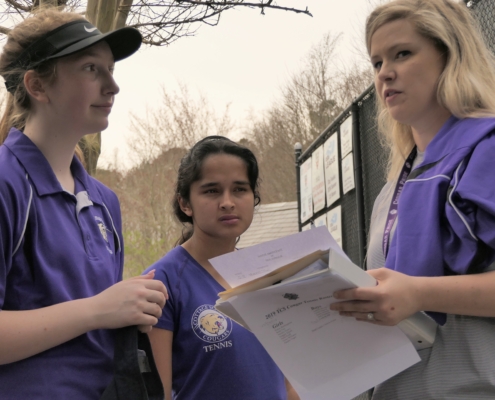 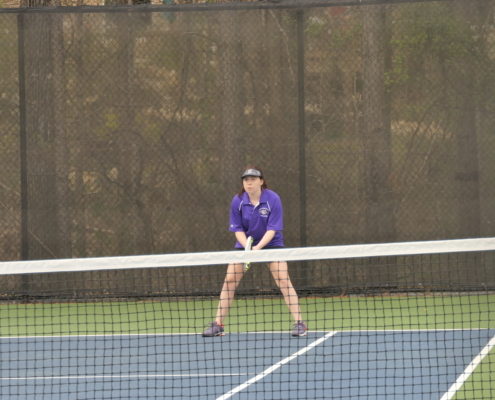 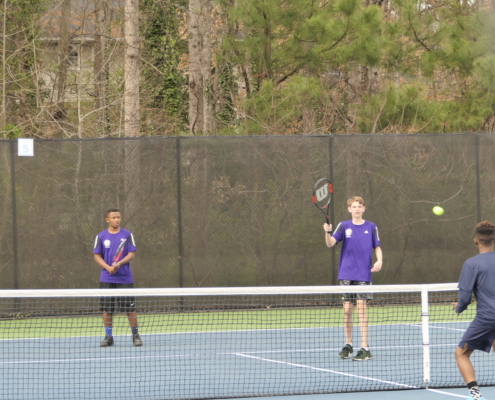 Starting our boys- Andrew Dorsey, singles, serving away a consistent power house serve. Some of his serves were untouchable. Hard hitting rallies that were very strategically placed by Dorsey. Each corner pocket of the court was slammed with his shots, then to the net, and WHAM he put the shot away out of the reach of his opponent. Dorsey’s consistent, strategic playing eased him to a win of 8-2.

On the next court Grant Osgood, who as always takes one for the team with last minute change up, played with a Brandon Hall player because Grant’s doubles partner, Andrew Dorsey can’t be on two courts at the same time. Grant communicated very well with his opponent teammate, that’s a sentence you don’t read in sports every day. Grant was consistent with his net shots, always finding an opportunity to put away any shot. He was consistent in hustling and owning the net. Grant and his partner came back from a 0-6 game and ended the match with 2-8.

Lastly, Liam Walsh and Jack Stephens, the doubles duo entered the court with focus but great sportsmanship. Jack and Liam communicated beautifully in calling shots and correcting each other, amazing team work. Liam peering at the opponents hardly let a single shot go past him. His long reach was his best friend in claiming the dominance at the net. Jack, hustling in the back to hit and strategically place every baseline shot. This duo had an on the edge of your seat game to see. Sliding back with a comeback they lost 2-8.

Starting our girls- Katie Fair, singles, took the court with such calmness. Trying to get her rhythm going Katie pushed through and was a hard hitter at the baseline, but fell short to the powerhouse opponent 0-8. 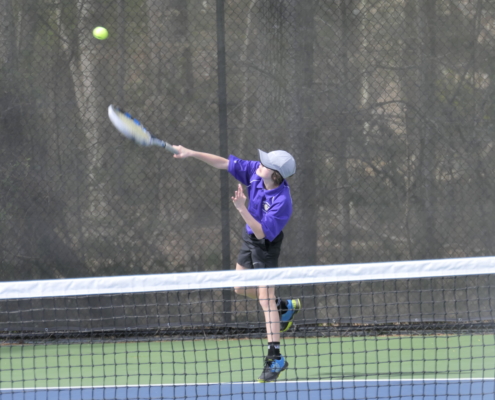 On the next court Maggie Kiesel and Grace Williams’ energies were feeding off of each other. They were communicating without speaking, really working with each other to flow as a doubles team. Grace used her reach to focus on the net and keep all shots away from their court. Maggie with a beautiful slice kept the opponents hustling. Maggie’s serve was untouched a few time with it’s incredible spin. They gained a game but lost 1-8.

Next, we have Bella Scaff and Esther Buckingham who comes off as sugar but allowed their spice to keep the opponent on their toes. They were down and out 0-5, Bella’s serves were picture perfect (thank goodness with hard our amazing photographer to capture these picture perfect moments). Bella left her opponent dazed as she served with such a slice. Esther being an amazing teammate communicated with Bella and they were coming back! They gained 2 games with Bella’s serve and Esther’s net game but lost 2-8.

Lastly, Natalie Yager and Natalia Hoeve entered the court with game faces on. With some struggles in being Natalia’s first match and Natalie never playing doubles, it took them some time in getting their rhythm together. Once they started getting that flowing and going they were playing doubles beautifully. Natalia’s spunk gave them edge to their opponent and Natalia hustled to each and every shot with such poise. They were down with a score of 0 and came back to 3-5. Slowly getting their groove just didn’t get it quick enough and they lost 3-8. 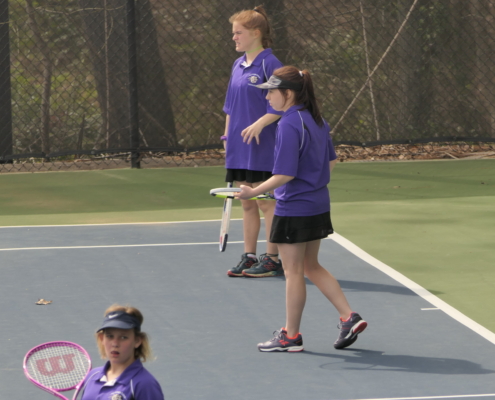 When Brandon Hall first arrived our Cougars turned and said- “We are ants compared to them.” Our tennis team, 7 middle scholars, 4 high scholars, Brandon Hall couldn’t have been more impressed with our “ants”. They raved how the Cougars have never looked better and were so floored at how big our team was.

Here’s to doing something right!

Varsity Tennis takes to the Courts