Your young and courageous Cougars drove to Duluth, Ga. to face the Fighting Irish of Notre Dame Academy. (Sorry no obligatory picture of Touchdown Jesus here).  Playing under a brilliantly cloudy, overcast, partly cloudy, sunny sky, the Cougars took the field as visitors for the first time this season.  Now for this game which lasted nearly two and a half hours featured 6 combined pitchers and numerous position changes, the write up will be different.  If I gave an inning by inning account of the game, I would either run out of words or create a document more closely resembling my dissertation.  So I will try to give you the high points of the game.

In the first inning the Cougars got on the scoreboard quickly with leadoff and centerfielder Larry Orsini getting beaned by the second pitch he saw, Shortstop Seth Goldberg then walked putting men at first and second.  Pitcher Shane Hendrickson then sent a shot to into right center field scoring Orsini and sending Goldberg to third.  Catcher Brett Boyles then singled scoring Goldberg from third making the score 2-0 TCS.  Boyles was gunned down at second with first baseman Alex Hoeve up a bat.  Hoeve walked and was subsequently balked over to second where he scored o right fielder D J Donaldson’s double scouring both Hendrickson and Hoeve.   So at the end of the first half inning the score was TCS 4- home team 0. 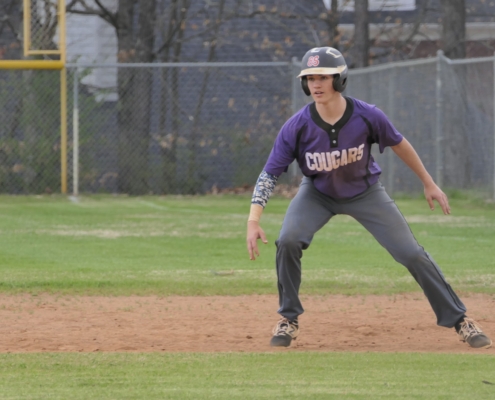 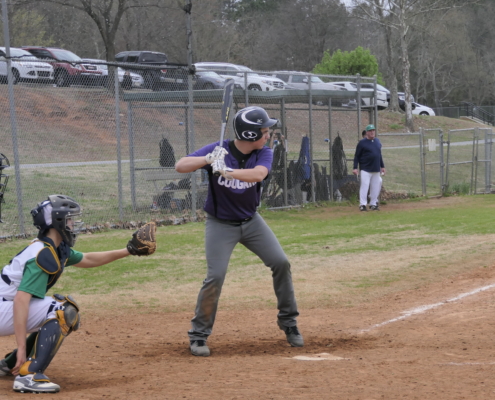 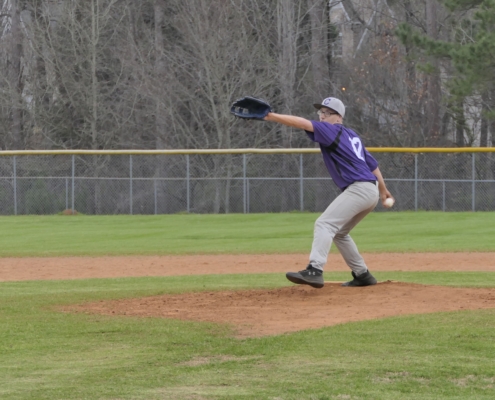 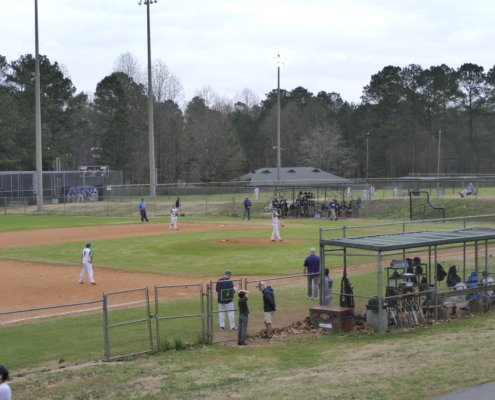 The bottom of the inning saw Pitcher Shane Hendrickson striking out the first batter and a well-executed 6-3 putout from shortstop Seth Goldberg to first baseman Alex Hoeve. The next batter then hit a shot to left center field splitting the outfielders for a solid double.  The next batter then walked setting the stage for an incredible play by centerfielder Larry Orsini.  The next batter sent a shot to center field scoring the runner from second.  While Orsini was tracking the ball the runner at first made his way to third and was then sent home.  Orsini, tracked the ball down and came up throwing, just like Coach Casey Cox works on in practice.  The throw from center one hopped catcher Brett Boyles who gathered in the thrown and place a perfect tag on the runn for the last out of the inning.  The score is now TCS 4, ND 1.

The second inning saw the Cougars score two more runs on a walk by Orsini, a single by Hendrickson, and a sharply hit double by Boyles.  Score is now TCS 6, the green and white clad opponents 1.

In the bottom of the inning, our opponents found their thunder sticks and scored 7 runs on six hits.  Each hit seemed to be just over the outstretched hand or just out of the reach of the infielders.  Seemingly each of the hitters that came to bat each hit seeing-eye shots that cannot be defensed.  When the dust settled the score now read, TCS 6 and ND 8. 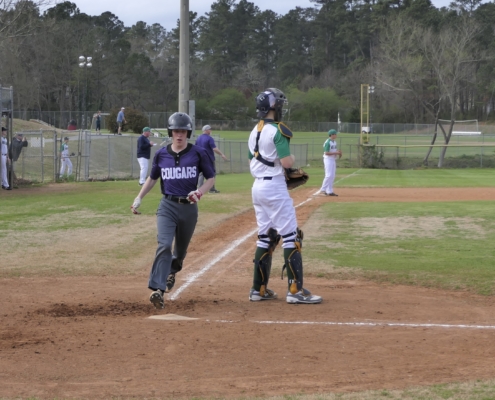 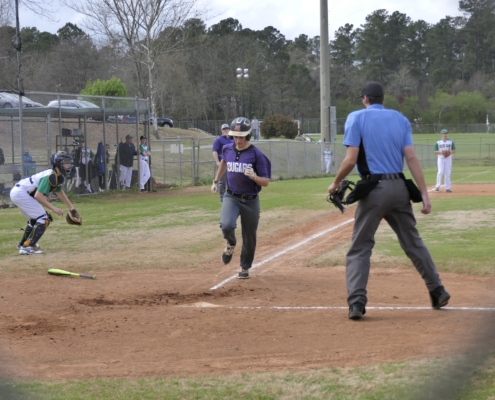 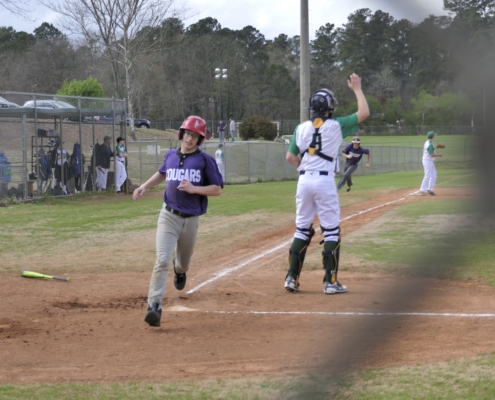 Not to be outdone, the never say never cats came back with three runs in the third on singles by Orsini, Goldberg, and Boyles.  The scoreboard now read TCS 9 and ND 7.  (There really was not a scoreboard.  Scoreboard, in this case, was used for symbolism).

The team from Duluth was held scoreless in the bottom of the inning keeping the score 9-7 TCS.  The reason ND did not score was due to a catch made by the human highlight reel center fielders remarkable running catch for the third out.

In the fourth inning the Cougars pushed one more run across the plate featuring singles by Goldberg and designated hitter Mac DeBalsi making the score 10-7 Cats.

The bottom of the inning ND plated three runs of their own on two doubles.  The score now is ND 11 and the comeback kids 10.

In the bottom of the fifth, the team from Duluth scored two more times making the score now ND 13 and Cougars 10.

IN the sixth inning neither team scored.

In the top of the seventh inning the Cats went to work.  Singles by Hendrickson and Boyles along with a balk sent runners to second and third. Hoeve was then hit by a pitch loading the bases.  The next two batters struck out.  This sent newcomer Elijah Joiner to the plate.  The young player who was plunked by a pitch earlier in the game stood his ground against a very formidable pitcher. Joiner fought hard against the hurler, fouling off pitch after pitch frustrating the hill master.  Running the count full Joiner, firmly entrenched at the plate, sent a screaming line drive into right field scoring both Hendrickson and Boyles and brining the game tying run to second base.  This was Joiner’ first hit of his young TCS career as well as his first RBI.  Unfortunately, the courageous cats were not able to push the tying score across the plate losing to the team from three traffic lights down and to the right.  13-12.

Thanks go out to:

The Cougars are now 1-1 on the young season and will travel to Atlanta for their next game versus Atlanta Jewish Academy on Tuesday.  Game time is 5:00.  More info on location later.

Your proud and humble coaches,