Dateline – Roswell, Ga: The Lady Cougars closed out their regular season and swept their long time nemesis from Brandon Hall with a 43 – 26 victory.  Although the final score featured a 17 point margin, the game remained razor close until the Lady Cougars kicked in the door during the third quarter.

The game began with a quick hoop by seniors Anika Helm and Galya Kysar.  However, rather flat play allowed the visiting Panthers to capitalize on second chance shots and to catch the Lady Cougars in a flat footed defensive stance. As a consequence, the visitors quickly regained the lead, as the two squads spent the balance of the half matching baskets and stops.  At the end of the first eight minutes, TCS claimed a 10 – 9 lead, only to see Brandon Hall knot it up at 16 when halftime rolled around. Cottage seemed slow to recognize empty spots that the visitors frequently conceded as a result of a gambling 3 – 2 pressure defense.  Significantly, Cottage weathered the half without regular season leading scorer Alyssa Briggs registering a point. In the face of aggressive double teaming, other teammates rose to the occasion, as Briggs played the role of distributor.  Specifically, Kysar and junior  Celeste Jeoffroy each nailed 6 points over the course of the first half.

The halftime rest proved useful in recharging the TCS batteries.  The starters returned to the court with a defense first mindset, while simultaneously finding teammates in those open spaces.  This devastating one-two punch allowed the hometown team to light up the scoreboard with 16 third quarter points, while blanking the Hall for the same period.   Again Kysar and Jeoffroy picked up the cudgels and did their work, again banging out 6 points each.  Most of their scoring occurred on quick flashes to the foul line, or into the paint.

As the visitor’s woes mounted, the Brandon Hall bench drew consecutive technical fouls to open the final quarter.  Alyssa Briggs calmly ‘twished home 3 of the 4 free throws. Just when it seemed that the Lady Cougars salted the contest away, Brandon Hall embarked upon a roll of their own, blitzing their way to 4 unanswered buckets, powered by post presence and their leading scorer K. Uyfo. Sensing the need to break up this new found momentum, Cottage called time to refocus on the essentials.  With Cottage sufficiently re-engaged, the Lady Cougars countered with a mini-run of their own.  By the two minute mark, Cottage pulled all starters save Briggs who orchestrated the offense down the stretch.  TCS “won” the final quarter when guard Lillian Travis received a pass from the post and rained down a three point harpoon.  The three ball allowed her team to escape the last period with an 11-10 quarter victory, and the 43-26 final score.

Significantly, this game marked the only time in Lady Cougars history that they swept their Ga – 400 rivals.  Action resumes Friday as TCS and Howard again square off (for the fifth time this season!) in search of the GISA regional crown!

Hannah Katz, Finley Love, Lillian Travis, and Julia McCauley provided the bench support this evening.  Love found herself pressed into service first, as Ana Mills picked up three early fouls. Love made her biggest impact defensively, gaining a steal, and blocking 2 shots.  She also recorded her obligatory offensive rebound.  McCauley hauled down a defensive board, and also passed for an assist.  Katz forced a travel while holding down the fort in the middle of the paint, the very area that Brandon Hall tried to employ as the focal point of their offense. Lillian Travis scored on the previously described three pointer, and also helped herself to an offensive caroom.

Ana Mills’ line score seemed somewhat muted, as early foul trouble severely limited her playing time, but it is no accident that her team’s biggest quarter occurred while she made up for “lost time” in the third quarter.  She scored on 2 points on the strength of a breakaway layup, handed out an assist, forced a steal, and grabbed 2 matching offensive and defensive boards.

Galya Kysar reminded the Cougar Nation why her talents were so missed during her long rehabilitation from last season’s achilles injury.  Pacing her team with 14 points, Kysar provided offensive punch when the Cougars needed the points the most.  She also led the way with 15 rebounds (5 offensive).  Kysar rounded out her stat line with 3 steals and 1 blocked shot.

Alyssa Briggs completed the game with 5 points, finding herself the target of “flypaper” defense throughout the evening.  Recognizing the opportunity presented by the overplay, Briggs embraced the role of distributor, kicking in a season high 6 assists.  She also registered a blocked shot, gathered 4 steals, and bossed her way to 6 rebounds (1 offensive).

Post players Anika Helm and Celeste Jeoffroy both turned in one of their top performances of the season.  Helm again assumed the role of Cedric Maxwell (king of the offensive rebounders) by nabbing 5 rebounds from the offensive glass.  Her activity in the post netted 7 points.  She also assisted a score off an inbounds play, claimed a defensive board, stole 2 balls, and blocked 3 shots.  Jeoffroy used the charity stripe and flash moves to ring up 12 points for the game.  Her rebound numbers mirrored her counterparts (5 offensive and 1 defensive).  A blocked shot and 4 steals further testified to Jeoffroy’s versatility. 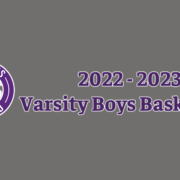 Cougars out claw the Panthers in rematch of AAC final last season; 53-31