The JV Cougars took on the Furtah Falcons yesterday at the Cougar Center. Although the Cougars were ready to play, the Falcons took an early lead and never looked back.

At the jump ball, Furtah took possession and scored to start the game.  The Cougars battled to get going in the first quarter, they struggled on both offense and defense. Careless mistakes, lack of rebounds and not shutting down the big man inside also hurt the Cougars, making it hard to get back in the game. After the half, the Cougars were down but returned to the court ready to fight to get back in the game. They worked as a team to cause turnovers, hampering the Falcons game.  The Cougars also connected with the basket, adding some points to the board. However, it wasn’t enough to stop the Falcons and Furtah took the game, 54-25.

Jackson Barnes joined the JV squad this game and adjusted well into the team chemistry. He did a great job on defense and offense, he contributed 7 points.

Andrew Dorsey, part of the starting 5, made things happen defensively and offensively, he made 6 points.

Gabe Belden came off the bench wanting to make a difference in the game, he added 2 points from the field.

Jason Donaldson also came from the bench; he worked hard on defense and added 4 points.

Kevan Theriot came in during the 4th quarter for the first time. He drew a foul and scored 2 points from the free throw line 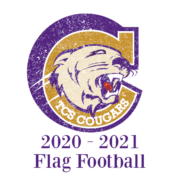