Last Friday your JV Cougars basketball team took their talents to Midtown for a showdown against the Howard Hawks. The Cougars jumped out to a quick 12-0 lead in the first quarter, led by Junior forward Jason Donaldson who score 6 of those 12 points. The Cougars would then pull away even further thanks to the outstanding guard play of Sophomore Weston Kershner who played well on both ends of the floor leading the team in both steals and assist. By the start of the second half, the Cougars were up by 20 (23-3). Junior forward Liam Walsh would go on and  score some big buckets down the stretch to put the icing on the cake. The Cougars would go on to beat the Hawks, 29-13. Be sure to congratulate the boys on their first win of the season when you see them! 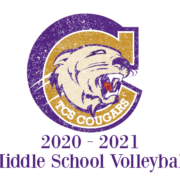