Dateline-Roswell, Ga: In a game that defies conventional narration, the second tanked Lady Cougars confronted the top seed Howard Hawks in their fourth match up of the season.  The two charter members of the Atlanta Athletic Conference shared the stage in countless showdowns that continue to echo through the corridors of conference lore, so both die hard and casual fans all assumed that this championship game would offer up another masterpiece.  In this case, the pre game consensus absolutely undersold the epic levels of intensity, drama, and unabashed combativeness that immediately registered this championship game as an instant classic.

Befuddled by three straight losses to the regular season victors, TCS decided to metaphorically flip over the desk and retool their attack.  The initial results proved less than compelling.  Charging out of the gate visitors struck early, quickly ringing up five points.  Under pressure and perhaps fighting through early butterflies, Cottage could not seem to connect on any sort of shot, especially anything near the rim.  Senior post presence Anika Helm served as the only consistent offensive threat, forcing home a power mover from deep inside the paint, and earning a trip to the foul line (although the cursed tight rims kept the center’s shots from dropping in.)  Paced by three points from All Star guard Olivia DeHann and four points from junior Lexy Erera, the Hawks soared out the quarter with an 8 – 2 advantage.

While the six point deficit hardly stands out as an insurmountable lead, the Cougar Nation held its collective breath as the second quarter commenced.  IF the offensive doldrums continued, and if the vaunted Howard press forced a flurry of turnovers, then one could imagine this game rapidly sliding into blowout territory.  Determined to author a different outcome, the Lady Cougars responded with a furious series of counterpunches to right the ship.  Largely eliminating turnovers,,, preventing penetration, and finally getting shots to connect, the Lady Cougars tickled the nets for 13 second quarter points while surrendering only 5, allowing them to escape the half with a 15 – 13 lead.  The TCS version of Batman & Robin made their appearance as both sophomore Alyssa Briggs and junior Ana Mills netted 4 points apiece.  Senior Galya Kysar knocked down a short shot, while reserve frosh Finley Love made 1 of 2 free throws and scored on a conventional jumper to claim three points in the second quarter stand.

The halftime respite allowed the visitors to steel themselves for the inevitable counter strike.  Although remaining staunch in their defensive efforts, the Lady Cougars again found themselves trapped in an offensive morass. They blanked on 3 of 4 free throws and only managed a Briggs layup.  In contrast to these three points, Howard hit double digits with ten points, as three different Lady Hawks tallied scores.  The third frame closed out with Howard leading 23 – 18 and with Helm saddled with her fourth foul.

An eerie , steely determination emanated from the Lady Cougar’s huddle prior to the final period of play.  The coaches implored rebounding and defense as the keys in staging the penultimate rally.  Shaking off fatigue Briggs, Celeste Jeoffroy, Kysar, Mills, and Love stormed the court with swashbuckling elan.  Briggs and Kysar locked down the defensive boards, consistently limiting Howard to one shot.  On the other side of the court, a renewed commitment to off ball movement enhanced the TCS attack.  Jeoffroy proved the main beneficiary as she scored all four of her points on flashes to the paint.  Mills and Jeoffroy paired up as partners in crime to disrupt the visitors with steals.  Mills scored on a break away, while Briggs and Kysar also landed shots.  With just over four minutes left, Helm re-entered the game and TCS held the lead.  A Howard score by standout sophomore Ava Beck seemed to foreshadow yet another plot twist.  Howard received the ball and attacked the basket with the ferocity of frenzied piranhas as they broke the TCS stranglehold on the defensive boards, pulling down five consecutive boards.  Fortunately, Kysar fought her way to the secure the last Howard miss.  From that point on the game took on the character of a war of attrition: Howard would take shot, Cottage would cover the rebound, and Kysar would absorb the foul as she charged past halfcourt.  In the final stanza, Kysar would go 6 of 10 from the charity stripe to seal the deal.  In the end, Cottage blew up the scoreboard with 16 fourth quarter points, while only allowing 3 en route to their 34 – 26 victory.

As the fouls mounted, Finley Love found herself called upon in each and every quarter.  Her offensive fireworks occurred in the second quarter as she tallied her 3 points.  Love also garnered 2 steals, and 4 rebounds (3 offensive).  In similar fashion fellow freshman Julia McCauley made the trip to the hardwoods in the second and third quarters.  She corralled a rebound, stole a ball, and drew a foul when effectively boxed out her opponent and secured a rebound.  Unfortunately the gremlins still stalked the gym and prevented her foul shot from snapping the net.

Celeste Jeoffroy overcame a slow shooting start, and a new set of responsibilities to land some haymakers for her team in the final quarter.  Her 4 late game points held off the high flying Hawks, while her 4 steals occurred late in the match as well.  Jeoffroy also claimed 4 rebounds (3 offensive).

Ana Mills drew the unenviable task of slowing down the ever speedy and shifty Olivia DeHann.  Mills rang up 6 points, a matching number of steals, dished for 1 assist, and gathered 2 rebounds.

Although bedeviled with fouls, and ultimately disqualified with her fifth, senior Anika Helm channeled Cedric Maxwell (NBA Finals MVP circa 1981) as she attacked the offensive glass with abandon.  She ended the game with 9 rebounds (7 offensive).  In addition to her 2 points, Helm blocked 3 shots and claimed a steal.

Galya Kysar saved the best for last, logging significant “starter” minutes for the first time this season.  Her steely nerves at the foul line kept the Hawks at bay in the frantic fourth.  Kysar completed the final with a team high 10 points.  Not content to just shoot the rock, Kysar also played the role of distributor par exallance. , passing for a team high 3 assists.  Additionally, she also hauled down 10 defensive caroms, stole 6 balls, and held a personal block party by swatting back 5 shots.

Alyssa Briggs turned in an MVP performance with a similarly well rounded game.  Her 9 points allseemed to come in the most timely of moments, especially when the Lady Hawks threatened to pull away.  Briggs thieved 3 balls, passes for 2 assists, but effectively turned into Bill Russel with an eye popping 24 rebounds (4 offensive).  Her commitment to covering the defensive glass prevented Howard from the easy  second chance shots that often propelled their other wins versus Cottage. 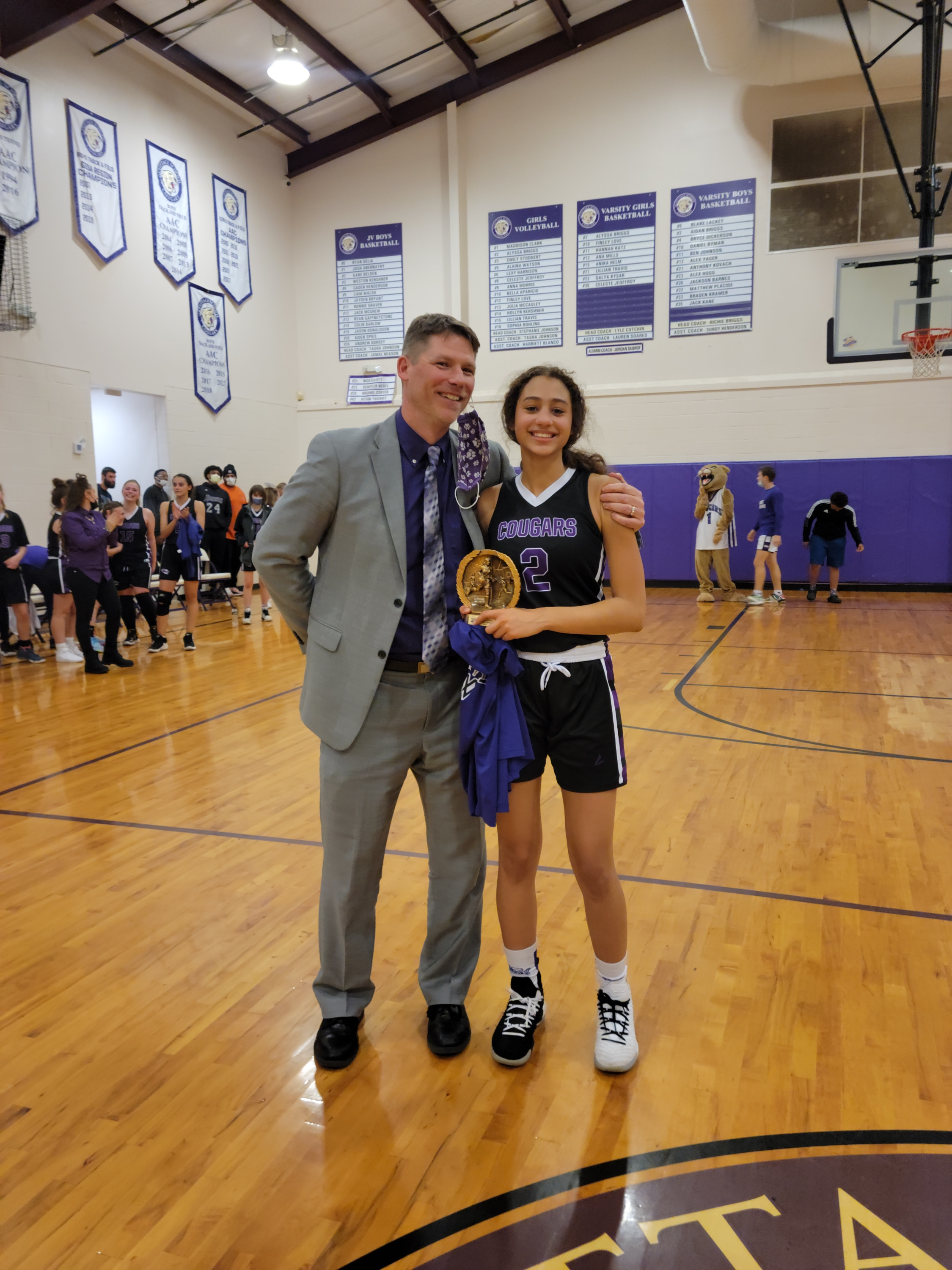 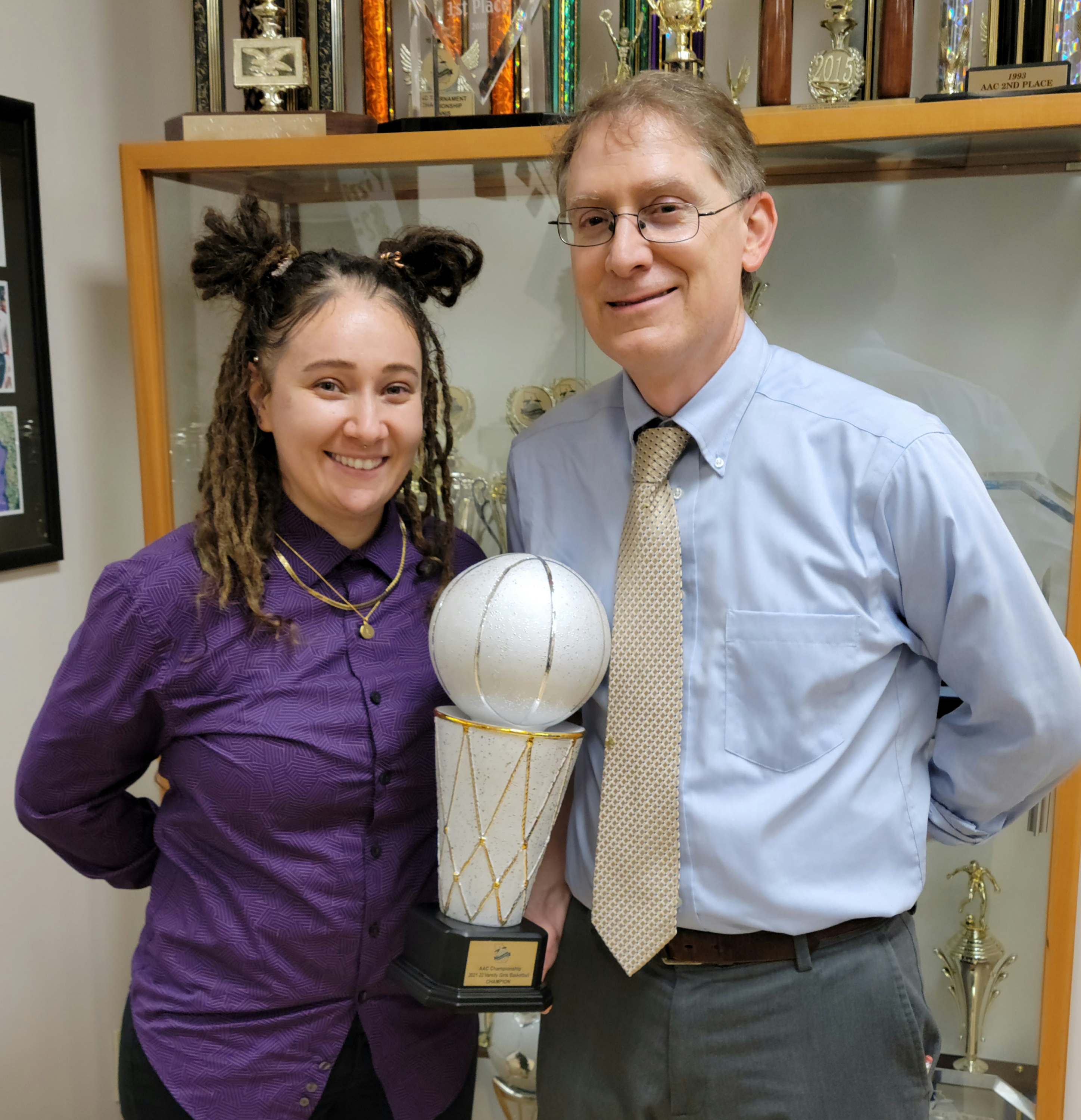 Senior s Anika Helm and Galya Kysar served as the only two Lady Cougars who participated in nothing but championship seasons in the history of the program.  The two joined the school as newcomers last year to help fuel both championship runs.

Alyssa Briggs set a playoff record for rebounds for the Lady Cougars.  Her 24 big ‘bounds eclipsed a 21 rebound performance by Bre Johnson, ironically gained in a play in playoff game against the Lady Hawks in 2010.

The “grudge” rivalry is NOT yet over for this season’s installment of TCS and Howard fireworks, as both teams will face each other next week in the GISA regional tournament.  This will mark a record fifth time that the squads will face off this season. 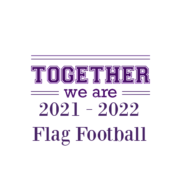