The Lady Cougars met up for the championship match with the Howard Hawks on Wednesday afternoon. Set one was a rough start for the Lady Cougars. The Hawks moved into an early lead as the Cougars were working to get the kinks out. At 2-6, Celeste got things rolling with two of her tough serves. Lack of communication hurt the Cougars causing balls to drop on the court. Time out called by the Cougars to get focused. They got the serve back and Olivia placed an ace to the Hawks. Score is now 6-12.  Loss of play gave the serve back to Hawks. The Cougars covered the court with some good volleys but Hawks made smart shots into the court and continued to serve. Anna Morris’s served three to put some pressure on the Hawks, now 11-15. Celeste played smart shots on the net. Hawks are hitting and Cougars are connecting with the ball but not earning the point. Bella is up to serve, score is 13-16. She served 5 tough ones that pressured the Hawks to handle them. Celeste continued to play tough on the net, Alyssa picked up a great save. Score is now 18-17. Loss of serve and then they struggle to get the serve back with balls being placed into open TCS court. They finally earned it back at 20- 23. Alaina served two nice ones backed up by Cougar coverage keeping them alive, but they lost the serve and Hawks finish this one, 22-25.

Set two began slow as the Hawks pummeled Cougars with tough serves that they were not connecting with. Cougars are behind 6-1 when a long serve by the hawks brought Bella up to serve, but they lost the volley. Short serve from Howard moved Celeste to serving position at 2-6. She came through with her tough, low to the net serve, putting the pressure on the Hawks back court. Cougar coverage kept the ball in Cougar possession, getting them back in this game, 8-6. Both teams are fighting to win each play. Olivia came up to serve putting in three for the Cougars. Alyssa had another great save keeping Olivia at the line, now 11-8. Cougars are moving well and continue to hold the lead making the Hawks nervous, so they started to make some substitutions. Cougars are putting the ball into the right place on the Hawk court to keep the pressure on. Loss of serve, Hawk #9 to serve score, the score was 15-14. She runs a number of jump serves through that our Cougars are troubled to return. Hawks creep back up the board. Alaina has a nice dig to earn back the serve. Lack of court awareness hurt the cougars with balls being hit out of bounds. Emily Stoddart had a great pass to earn back the serve. At 18-22, Emily is up to serve and she put in three serves along with TCS team coverage to edge the Cougars up to 19-22. Loss of volley goes back to the Hawks. The serve is played up by Celeste but Hawks #9 has a kill and then another serve puts Hawks up for win of set two, 19-25.

Set three began with a couple new faces to freshen up the Cougar court. Cougars start off with some great passing by both Emily and Finley to keep the serve. Loss of serve but Cougars hold #9 to only two serves this rotation. Celeste up to serve with a tied score of 3-3. She placed her ever effective serve making the Hawks work for it. Cougars edge up 5-3 before loss of serve. Score stayed tight as the game bounces back and forth. Cougars are adjusting the passes to go deep into Hawk court, and covering the front court from balls Hawks are trying to dump. Celeste again served up three more great shots, score is now 13-13 when they lose the volley. They earned it back and Bella now serving. She also made four serves and the Cougars moved ahead 18-14. The team is working well together to help keep the serve. Loss of point and they need the ball back. Cougars encountered some trouble with serve receive and the Hawks creep back into the lead. Hawks missed their serve, putting Anna Scalf at the line, 19-21. Cougars don’t get the volley and the ball goes back to the Hawks server. Tough serves made the Cougars work hard to return them along with a couple nice Hawk hits that Cougars can’t convert. Cougars run out of steam and Hawks finish the set, 20-25.

A proud second place win in the ACC this year for the Lady Cougars. The coaches are really proud of the team and how far they have come this season. The first match with Howard this year had scores that were very different that the match on Wednesday (8-25, 16-25 & 10-25). They played hard and made Howard work for their win. The Lady Cougars have their final match of the season Thursday afternoon versus Atlanta Jewish Academy at 5pm at The Cougar Center. Great job to all and Go Cougars! 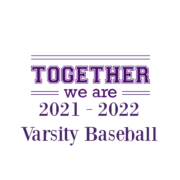 Lady Cougars Erupt for Victory vs. Atlanta Area School – 44 to 26