The Cottage School JV Cougars played their best game of the season on Wednesday but came up just short against conference foe Center Academy 37-28. The Cougars continue to search for their first win, but their effort and heart were truly impressive on Wednesday, and they remain optimistic as they prepare for the playoffs.

The Cougars got off to a quick start, but quickly fell behind as Center got hot from deep. Liam Walsh led the Cougars offensively, scoring all 6 of our first quarter points. Matthew Placide was an immovable object in the paint defensively and he forced Center into countless tough shots in the paint. After the first quarter, TCS trailed 11-6.

The second quarter was a back and forth affair. The Cougars again started quickly and closed the lead thanks to a basket from Elijah Joiner and a free throw from Grant Osgood. Alex Yager, Dustin Bartolome-Behrens, and Ben Gardner also contributed to the Cougars’ defensive effort and battled for rebounds. However, a late Center run stretched the lead to 22-14 at the half. 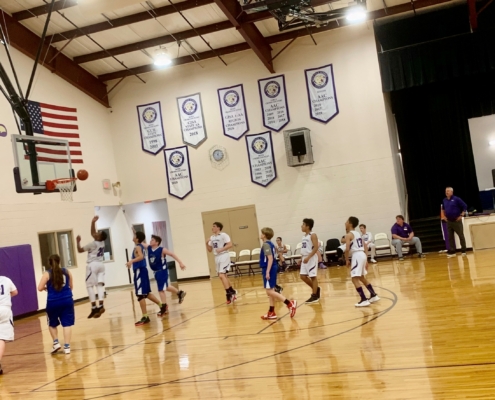 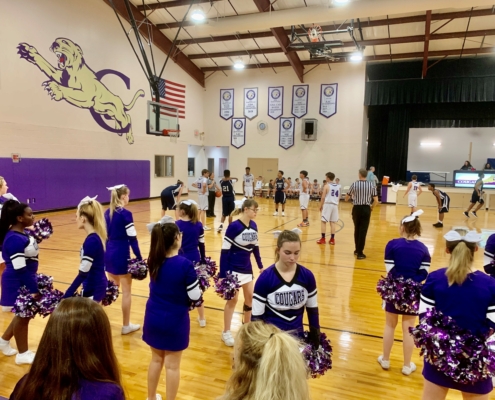 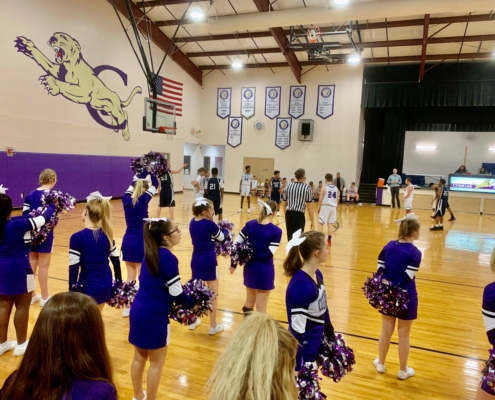 In previous games, the Cougars struggled when faced with a deficit. On Wednesday, though, they rallied together and nearly pulled off an improbable come from behind victory. The Cougars’ defensive intensity was something to behold. Their swarming pressure forced several Center turnovers, narrowing the lead to 33-28 with just about 3 minutes remaining. In those final minutes, the Cougars had several chances to get within one possession of Center, but they could not get a shot to fall. Center was then able to break through the Cougars’ full court pressure in the final minute to secure two layups to put the game out of reach.

Coaches Hector and Kyle are incredibly proud of the heart, teamwork, and determination the players displayed on Wednesday. The entire team left the gym feeling energized and optimistic about their chances heading into the AAC playoffs in 2 weeks.