Cougars Look to Settle the Score Against Rams

Looking to increase their winning streak, the Purple Pumas welcomed the Rams of Covenant Christian this week in the second matchup of the year.  The last time these two faced off was the first game of the season, when the Cougars were defeated 15-1 in one of the roughest beat downs they have seen in a long time.  While the Rams came in looking to repeat their success, the Cougars were seeking to prove their improvement throughout the season.

The boys of spring got back to work after their productive efforts last week against NG Tribe.  In the first of back-to-back games this week, the Cougars set their sights on Covenant Christian.  Within the friendly confines of the Cougar Den, the boys took to the field first as the team’s ace, Ronnie Graver, toed the bump for his third appearance this season.

In the top half of the first, the team’s lack of practice and defense – combined with some of the worst umpiring I have ever seen, the Rams jumped to a 1-0 lead.  After a swift strikeout to the second batter, back-to-back walks combined with some shaky teamwork from the Cougar battery spelled real trouble as the game began looking like a repeat of the last matchup.  Now up 3-0 without a single hit being recorded, CCA was sitting in a good position as they seemed to have our boys on the ropes.  Looking to get the team to reset, the coaches took a quick timeout to chat up the young hurler and remind him not to overthrow his pitches and to trust his stuff.  This seemed to be effective as Ronnie was able to navigate the lineup better, ending the inning with two more strikeouts.  After one half of play, the score sat CCA 3, and TCS coming up to bat.

Leading off for the Mauve Mountain Lions would be the sophomore second baseman, Weston Kershner.  Getting himself in a great 3-1 hitter’s count, Weston proceeded to use the third baseline as his guide and ripped a missile down the line for a single.  After stealing second and two quick outs from the two- and three-hole hitters, Weston moved over to third on a nice single by Ronnie.  Following in his leadoff hitter’s footsteps, Ronnie also found his way to second through a swift stolen base before both runners moved up 90 more feet on a CCA passed ball and cut the Ram lead by one.  Continuing with the Cougar Gameplan, Anthony proceeded to work a very nice full count walk before stealing second.  All things looked to be moving for the Cougars until the threat was ended by an easy pop up to the shortstop.  As they moved into the top of the second, the score was now Covenant 3, Cottage 1.

Looking to build on the success at the end of the first, Ronnie went right to work as three fastballs looked to be too much for the CCA batter to handle.  However, those fastballs also seemed too much for the Cougar catcher to handle as the third strike made its way to the backstop and the runner found himself on first.  Earlier in the season, this adversity would have caused the boys to spiral out of control, they showed true poise as a grounder to short from the next batter led to a slick double-play.  Suddenly there was no runner on base and two outs in the inning.  Even though the bases would not stay clean for long-the next batter found his way on via a fielding error- another grounder to second was handled cleanly and the side was retired.  With no score in the top of the second, things remained 3-1 in favor of the Rams.

In the bottom half of the second inning, the Cougars were looking to continue their momentum with the bottom of their lineup coming up.  While all three were able to get on base through walks and hit-by-pitches, the stage was set for the Cougars to take the lead with one solid swing of the bat.  Up next was Weston, as the Cougars had made their way back to the top of the lineup.  Recognizing success the first time up, Weston looked to repeat and succeeded with a monster hit down the third baseline made it to the fence and looked to score 3.  Unfortunately for the Cougars, only two runs would be scored as the lack of a slide on a close play at home awarded the Rams with their first out of the inning.  Now tied at 3-3 with a runner on third, Caden Henderson got his offense rolling as an RBI single plated Weston and gave TCS their first lead against the Rams this season.  Although momentum was in their favor, the Cougars could not build upon that lead. Aggressive plate appearances would end the Cougar threat in the second and leave the score TCS 4, CCA 3.

As the game transitioned into the top of the third, the Rams realized that Ronnie was in the zone and there was nothing they could do as they went down 1-2-3 in one the fastest innings of the season.  The first batter grounded out to Caden at short, the second was a pop fly to Alex Hogg who roamed left field for the game, and another Ronnie Graver strikeout.  At the end of two and a half innings, the score stayed 4-3 in favor of the good guys.

Moving into the bottom of the third, the Rams began to sense that this was not the same team they faced earlier in the season and moved their ace to the mound to match up against the Cougar offense.  Although this seemed to work out for CCA in the box score, solid contact from Anthony Kovach, Sam Bayer and Alex Hogg proved that even their ace could be hit.  Alas, the Rams were able to hold the Cougar offense for the first time in the game, keeping the Cougar lead tight at 4-3.

During the top of the fourth, a place that Cottage had only seen once this season, the ball was passed on from Ronnie to Ben Johnson in an attempt to shut the door on the Rams.  After inducing a quick ground out to second, and the bottom of the lineup coming to the plate, optimism was running high for the Cougars.  This is when disaster struck as the second batter of the inning sent a drive to left that went not only to the fence, but through it for a ground rule double.  The next batter would reach on a single giving the Ram runners at the corners with only one out.  A quick pop up to center for the second out of the inning gave another glimmer of hope to our boys. However, it was followed by a poorly fielded fly ball that resulted in both runs being scored and another runner waiting at third.  Fortunately, that runner would remain on third as Ben got a strikeout with the next batter, ending the inning, the score now CCA 5, TCS 4.

In the bottom half of the fourth inning, things would not look any better for the home team as the once tight strike zone would transform into one that was extremely liberal.  With this shift, the TCS batters would watch 3 straight “strikes” go by twice in the inning.  The only contact coming on a 6-3 ground out.  With time running out, the score still remained 5-4 after 4 innings of play.

Going back to the mound for another inning of work, Ben was tasked at keeping the game within reach despite the heart of the Covenant lineup coming to the plate.  However, the Rams had a different plan, and jumped all over Ben with the first two batters reaching via a single and double respectively and scoring an insurance run very quickly.  Now down two runs and a runner on second, the Cougar defense came alive as the next three batters went down in order of a pop up to the pitcher, another groundout to second and a strikeout.

With literal minutes remaining until the ridiculous 5:00 curfew set by RAP, the boys took to the plate in the hopes of bouncing back.  Optimism was high once more as Ben Johnson worked a full count before drawing a leadoff walk and stealing back to back bases on the Ram’s pitcher.  The tiring hurler looked to be running on fumes as Ronnie jumped all over a 2-2 fastball and sent it to center- sadly it was tracked down by the defender as the first out was recorded.  Eager to get his team back into the game, Anthony went swinging at three straight pitches for out number two and everything rested on Sam to keep the Cougar hopes alive.  Quickly going down 0-2 in the count, Sam was able to make solid contact on the ball, however it was right to the third baseman who tossed over to first to put a wrap on the Cougar Cinderella story.

As the game came to a close, coaches reflected on the tremendous number of positive notes that came out of the game.  The biggest of those positive moments was the fact that this team has come a long way from the beginning of the season and found themselves in a position to even win.  The second being that, with the tiring arm of the Ram pitcher, the team was potentially one inning away from their comeback to win.  Instead, they were left wondering what if? I digress, the team will look to bounce back against GISA 15th ranked Notre Dame Academy in Duluth on Wednesday.  Keep an eye out for results! 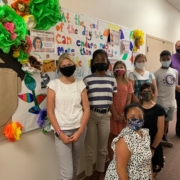 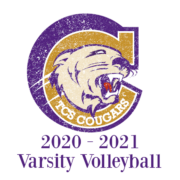