Atlanta Area School is where the 2020 AAC varsity tournament takes place so The Cottage School Cougars travelled to Clarkston, GA to take on the #4 seed Howard Hawks. Howard advanced by defeating the MSA Mustangs 45-37 in last Friday night’s AAC play-in game. Howard caught the Cougars dizzy the first quarter and took full advantage. TCS had all but one of their six team members return from missing multiple days last week due to the flu and cold sickness. So it was safe to say they were a bit rusty. Howard’s effort did not make it any better. The Hawks brought confidence and energy in attempt to knock off the top seed, but the undefeated Cougars had other plans and moved on to their ninth AAC championship game in the past twelve years with a 48-31 win.

Howard’s first quarter effort earned them a 12-9 edge. The stifling Cottage defense held the Hawks to just six points over the next two frames and the Cougars jumped ahead 32-18. TCS finished the Hawks off in the fourth and went on to the 48-31 victory. Coach Briggs spoke afterwards; “The team would tell you we will be happier when we get are final kid back and we are hoping that will be tomorrow in practice. We are also thankful for hanging tough in this semi-final round, but we desperately need this game and tomorrow to get our timing, legs, and lungs back. Hopefully we can be closer to 100% on Wednesday night. We will need it in order to dethrone the mighty Panthers of AASD.” AASD won the final game last night over Tapestry in the other semi-final to set up this key #1 vs #2 matchup; and a rematch from last year. The game will take place Wednesday, 2/12/20 @ AASD at 7:00PM. 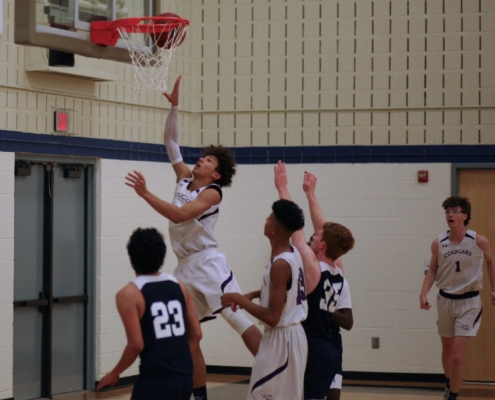 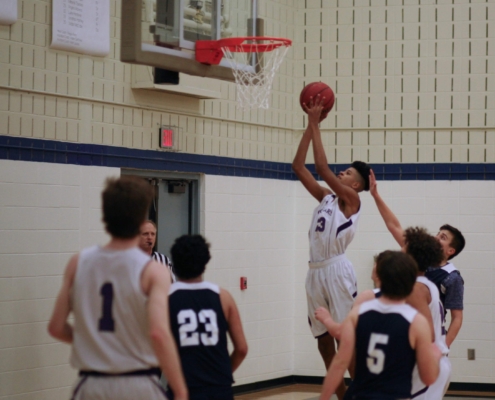 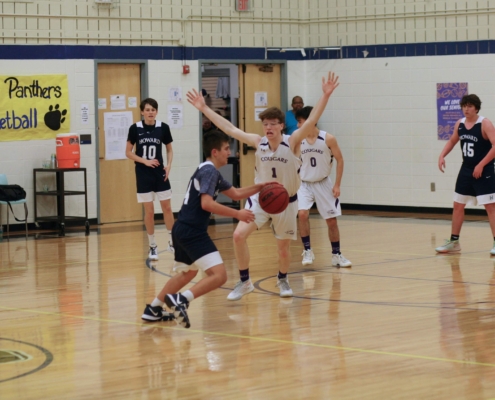 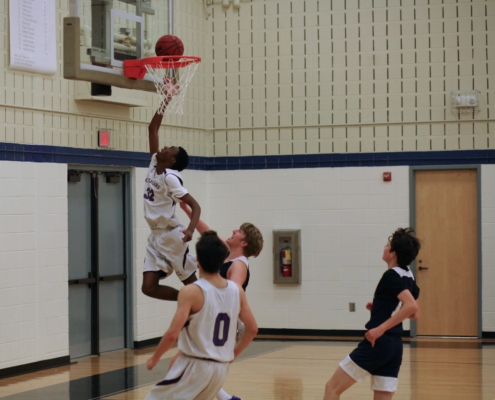 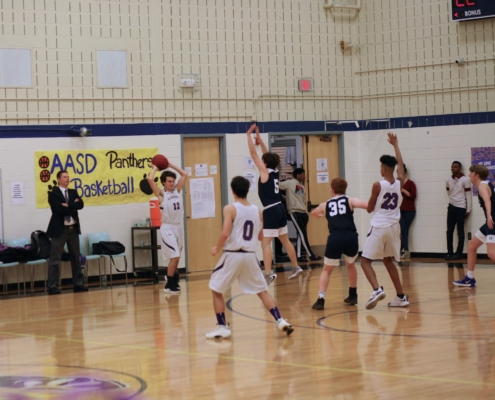 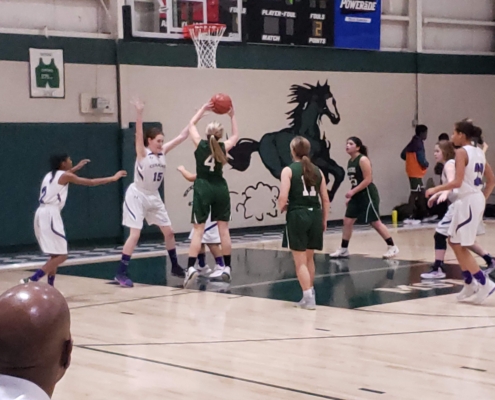 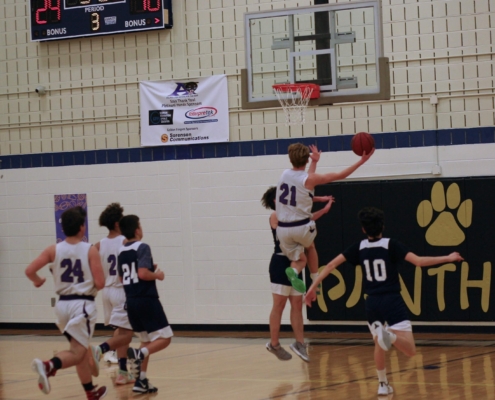 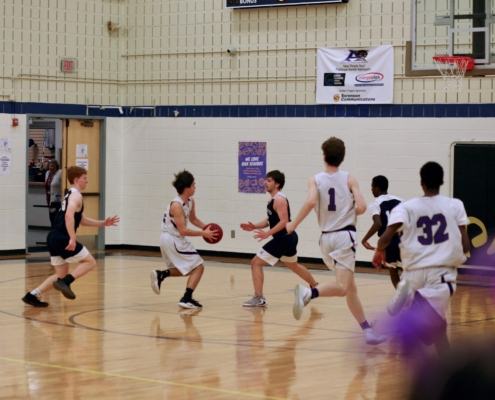 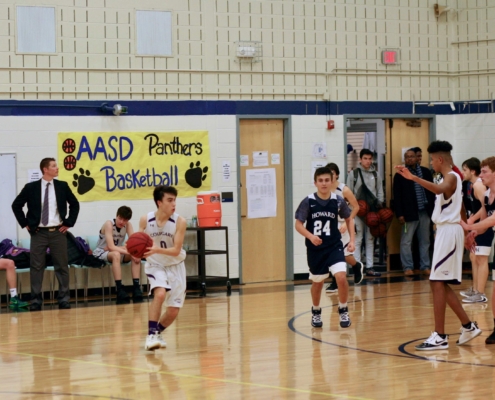 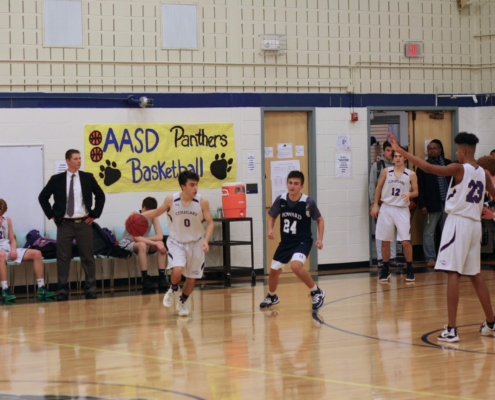 Tim Mattioli led the team with 11 points. He came through with some clutch slashing drives in the second and third period’s aiding in gaining a larger lead.

Aidan Briggs and Alex Hogg each scored 8 points. Aidan proved he was the round mound of rebounds yet again, giving Howard no second chances in the second and third frame.

Shane Hendrickson was stellar on defense and led the team with his poise. He chipped in 7 points as well.

Clock Strikes Midnight for the Cinderalla Cougars – AAS Wins in a Rockfight...
Scroll to top