The Cottage School Cougars hosted AAC rival, the Howard Hawks Friday night for their second conference game of the season. As they did versus Mill Springs last week, Cottage earned a 51-19 win from a ferocious defensive effort and start AAC competition 2-0.

The Cougar defense held Howard scoreless until 2:26 in the first period. They went on to finish the quarter with a 15-7 advantage. It was over the next two frames where the focus and intensity on defense paid off. The Hawks scored just three points over these sixteen minutes, and a twenty point offensive burst in the third stanza turned into a 44-10 lead. Cottage sealed the deal in the fourth to come away with the 51-19 victory.

Up next the Cougars will take on a home school outfit in Johnson Ferry Baptist on Tuesday at home and wrap up the first phase of the season on Thursday before the Thanksgiving break. TCS will hit the road for the first time and travel to Milner, GA to take on another tough GISA AA opponent, the St. George Episcopal Dragons.

Aidan Briggs led the team with 17 points and added 9 rebounds, including 7 of 8 from the FT line. He also stole 8 balls, which ties him for the school record of steals in one game. 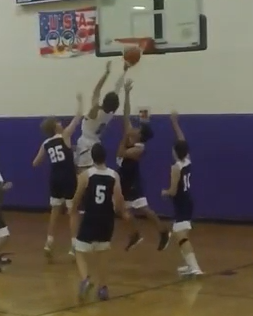 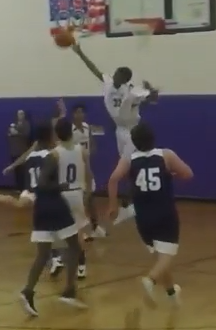 Tim Mattioli continues his fine play defensively. He blocked 4 shots, had 3 steals, and put in 6 points. 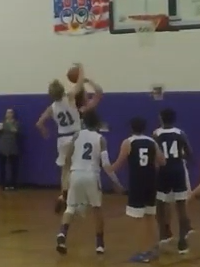 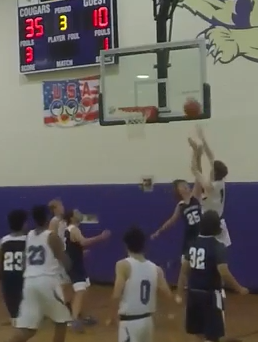 Shane Hendrickson ripped down 7 boards and recorded 4 steals and 3 assists.

As a team, the Cougars collected a whopping 50 rebounds.

Follow Me!
JV Cougars meet up with Brandon Hall