The Cottage School hosted the Atlanta Area School for the Deaf Panthers on Senior Night in a key conference first place matchup. AASD came into the contest 5-1 in league play and TCS at 5-0. In front of a roaring crowd of families, friends, and fans of the seniors, along with several anticipated staff and fans for this exciting contest, the Cougars did not disappoint.. Despite the comeback of former AAC All Star #24 Ahmeen Stackhouse for the Panthers (he left to try out another school before the start of last season), Cottage stayed focused and executed their game plan. TCS used a 14-1 run late in the second period to aid in the 51-39 victory. 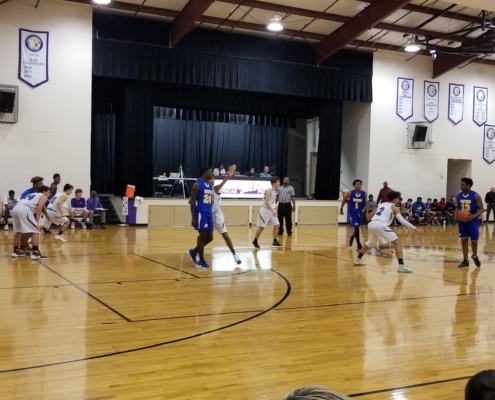 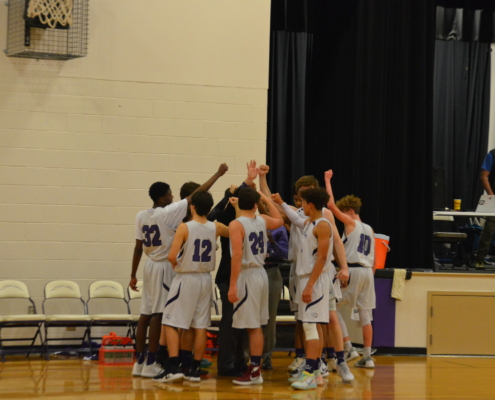 Midway through the second quarter AASD scored to take an 11-10 lead. Over the next three minutes the Cougars forced five turnovers and capitalized going on a 14-1 spurt that earned the team a 24-12 halftime edge.

AASD fought back early to start stanza three with three straight baskets. The game score read 27-20 and the Black Cats had confidence and momentum. #0 Ruslan van Kesteren had other ideas on this night connecting on back-to-back bombs from behind the arch. Ruslan finished the third frame connecting on three long range missiles, taking all the energy out of the Panthers effort. At the end of the period, Cottage was back up 39-26. TCS continued solid team play on both ends of the floor and over the next eight minutes they earned the teams’ fourth win in a row prevailing 51-39.

The Cottage Cougars are now all alone on top of the AAC at 6-0 and are back to .500 with a 9-9 overall record. TCS will play three games next week starting at Mill Springs on Wednesday.

Ruslan van Kesteren becomes the sixth different Cougar to lead the team in scoring with 14 points. He connected on four three pointers.

What a senior night to remember for Tim Mattioli. He finished with 13 points and added 5 rebounds and 4 assists.

Aidan Briggs recorded his fourth double-double of the season with 11 points & 12 boards. He also added 3 blocks and 3 steals.

Reese Bentley put in 6 points and snagged 5 balls off the glass.

We are going to miss our seniors! DJ Donaldson, Cole Garrett, Shane Hendrickson, Tim Mattioli, and Colton Parks. Thank you for your hardwork and determination!