On Wednesday, The Cottage School Cougars travelled to Doraville, GA to take on AAC newcomer, the Tapestry Charter Titans. After a close first half, the Cougars locked down defensively in the second two periods for a commanding 62-29 victory.

The Titans worked the paint in the first quarter and connected on two three pointers in the second to hang close; down just 29-19 at the break. Coach Briggs spoke at intermission; “We played a good half offensively. We were patient and moved it well. The issue is we took poor angles on defense and could not set the tone. If we focus and jump to the ball better the second half, we will not only win the game but we believe in a rout.”

Just as he hoped the Cottage defense were like sleek Dobermans and hounded Tapestry on every pass and drive. The tempo on both ends of the floor favored TCS and they went on a 28-5 run over the next 14 minutes. Matter of fact, the Titans were only able to score 10 points in the second half and Cottage ran away with a 62-29 win.

The Cougars are off for the winter holiday break. They are 5-7 overall but undefeated at 4-0, on top of the Atlanta Area Conference. Upon returning in January, Cottage will open the 2020 year with another road contest with Atlanta Jewish Academy on 1/8/20 at 6:00PM.

Shane Hendrickson had his best game as a long-time Cougar. He scored a career high 11 points and dished out 5 more assists, with just 1 turnover. He was perfect from the line (4-4). 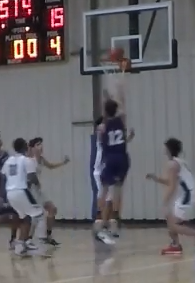 Reese Bentley was a huge spark off the bench. He scored a game high of 15 points. He also added 6 boards, 2 steals, and a blocked shot. 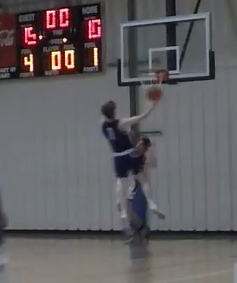 Aidan Briggs put in 11 points and had 6 rebounds, 3 assists, and 2 steals. 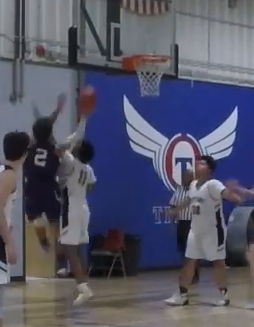 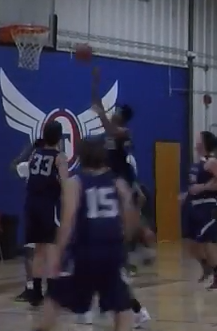 Tim Mattioli put in 5 points and added 4 rebounds and 2 blocks. 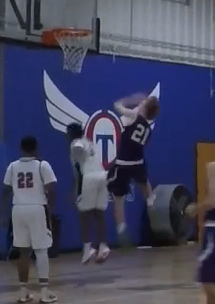 Daniel Byman had his career high with 6 points and snagged 3 boards. 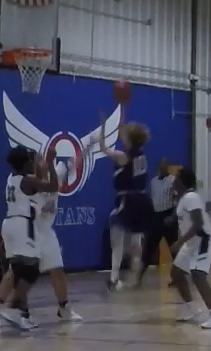 Because of great team defense, the Cougars took three charges and as you see above, had just about everyone contribute. A great team effort; they even made 14-21 FT’s (67%).