1/21/2022: The Cottage School Cougars played host to the Mustangs of Fulton Science Academy Friday night. FSA and TCS are GISA region 5AA rivals.  In this first of back-to-back nights, TCS took advantage of a second half defensive shutdown to prevail 63-52.

The Cougars took advantage of feeding the post early in the first period and finished the stanza with 14 points, but they could not stop the hot shooting from Fulton Science. Both teams continued to play evenly throughout the second period and at the half the score clock read 28 apiece.

The Cougars picked up their defensive intensity in the third quarter resulting in a 16-3 run over the first five minutes. This gave TCS a 44-31 lead and the fans could feel the Cougars held the momentum and confidence. Cottage continued great team play and all, but the final few minutes easily controlled tempo. TCS went on to win 63-52.

TCS will wrap up the fourth game in as many nights at Fulton Science Academy on their Senior Day tomorrow.

Alex Hogg had a monster night with 21 points and 14 boards. He also blocked 7 shots to go with 4 steals and 2 assists. 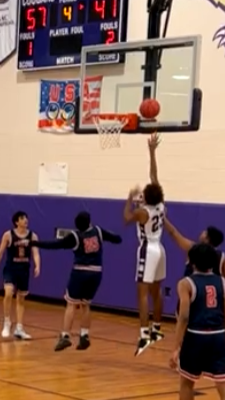 Aidan Briggs recorded another double-double with 17 points and 13 rebounds to go with 5 assists, and 4 blocked shots. 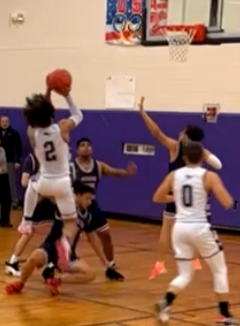 Braden Kramer had his best game as a Cougar. He scored a career high of 16 points to go with 5 rebounds and 2 steals. 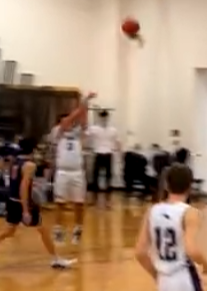 Jackson Barnes provided key minutes on both sides of the ball.

Jack Kane pulled down 3 boards and scored a basket.