Saturday, 2/23/19 at home of the Cumberland Academy of Georgia Cyclones: During the winter, the Cyclones only participate in AAC JV boys basketball but we want them to be more included, so they were asked to host the 2019 AAC All Star Game. This opportunity gave all the varsity kids to be made more aware of their program. Athletic Director, Rodney Carlock did an outstanding job hosting the event and we have much appreciation for his hard work. Even when the game officials did not show, Carlock did not hesitate to jump in and officiate the girl’s game along with AAC Co-Commissioner and Cougars coach, Richie Briggs. Funny thing about that…the Howard girls coach, Keith Spillett, gave his two cents on two basketball coaches officiating the contest. “If I didn’t know those two guys I would have never known the officials didn’t show. They did a better job than the majority of games in my entire career coaching.” What an honor, Coach Spillett, and thank you for the respect. We are just happy it all worked out and all the kids and families had a great time without any issues.

After the boys and girls had a brief 30 minute practice each, the day began with the 3-Point Contest. The 2019 AAC Girls 3-Point champion went to Lindsey Bomar from the Howard Hawks, who was the top seed and favorite to win. On the boys side came a JV player from Center Academy; Steven Marsh. The Wolves star point guard was asked to join the All Star game each of the past two seasons for being the top JV player in the league. Marsh entered the contest as the lowest of six seeds. He knocked out the #3 seed in the quarterfinals, then the #2 seed in the semi’s, and finally outshined the #1 seed (Jorden Wilson from AASD Panthers) in the final.

Up next came the girls All-Star game and it was close until the final two minutes. Coach Lyle has the game summary on the ladies game but the MVP turned out to be Lexi Strothers-Egelston from AASD Panthers. She outshined the MVP of the AAC girl’s championship game and teammate, Tatiana Malone. The Panthers, as they did all season going undefeated, represented very well. Before the boys game began came the skills competition. Cumberland decided to do a “King of the Hill” contest, which is basically a one-on-on competition. The only difference is you have a teammate so the eventual king of the court would aid in his partner winning a plaque to.

The girls took some time, as scoring one-on-one is a little more challenging for them, but it was not less entertaining. Three Cougars lasted until the end and Maria Knezek ended up being the queen of the court. Here teammate was Rusia Saidi from AASD. On the boys side; Nicholas Kirk-Brown, from the Howard Hawks was crowned the boys king and his teammate was our very own, Parker DeMent from TCS. 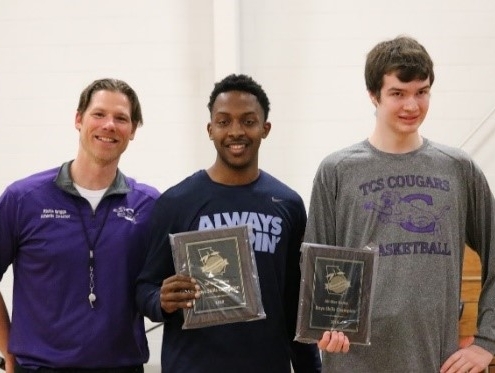 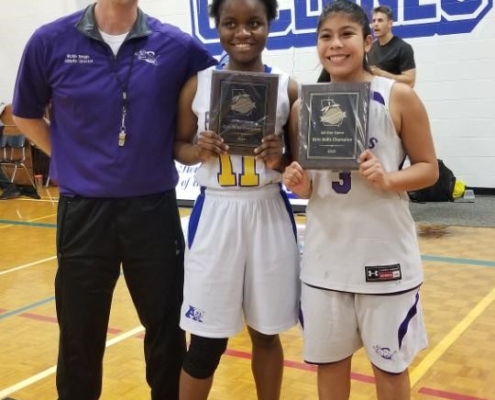 The boy’s game would follow and it also proved to be a fair and competitive battle. The dark jersey team had Cougar, Brett Boyles and seven other AAC teammates. This team was coached by Matthew Alston (AASD) and assistant Cougar coach, Suroy Henderson (head coach, Richie Briggs needed to officiate the game). The white jersey team was made up of eight other mixed AAC kids; two TCS stars on this team were Parker DeMent and Aidan Briggs. They were coached by AAC champion AASD head coach, Reggie Bess and his assistant was from MSA; Phil Hanson.
The dark team got off to a great start with more intensity, communication, and hot shooting taking a 32-26 halftime edge. The white team finally got some momentum from a 40 foot three point shot at the buzzer to end the third period. This gave the white team a one point lead and they never looked back. They slowly took a four point lead midway into the fourth and after connecting on two more big three pointers, went up by six points with two minutes remaining. The dark team rushed their final few possessions and the white team held on for the 66-59 victory. AASD’s AAC champion and MVP, Marquise King led the way with 26 points, but the white team had more balance. The MVP went to Nicholas Kirk-Brown from Howard scoring 24 points, but he had two others that played well. Aidan Briggs, from the TCS Cougars took over the final four minutes of the contest, with his rebounding and driving ability. Another freshman, Jorden Wilson from AASD also did well putting in 13 points. 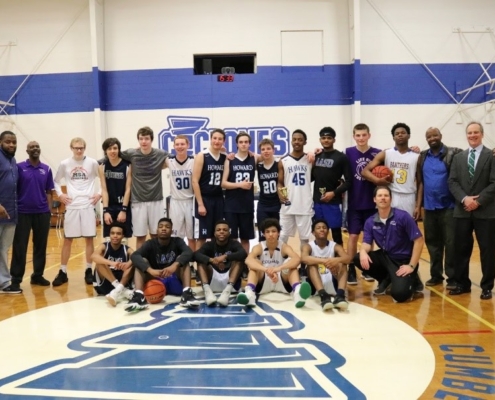 To end the day a dunk contest showed the fans three of the kids’ athletic ability. Jamaria Dixon (AASD) was eliminated in the first round. He soared high with rim-shaking dunks, but unfortunately none of the balls went through the hoop. The day belonged to Nicholas Kirk-Brown from Howard as he took home the Triple Crown (King of the Court, MVP, and Dunk champion) of trophies. He defeated Marquise King (AASD) with making a dunk where King rattle out three attempts. 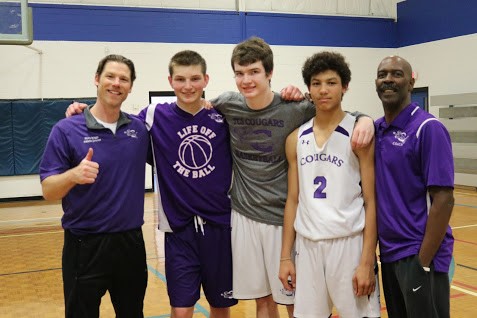 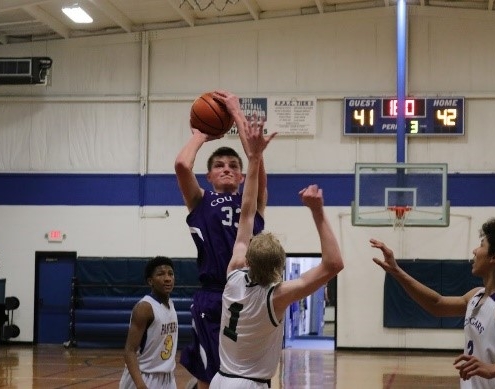 Senior Parker DeMent filled in for JV nominee, Seth Goldberg and played well. He added a blocked shot to go with his Skills Championship plaque. 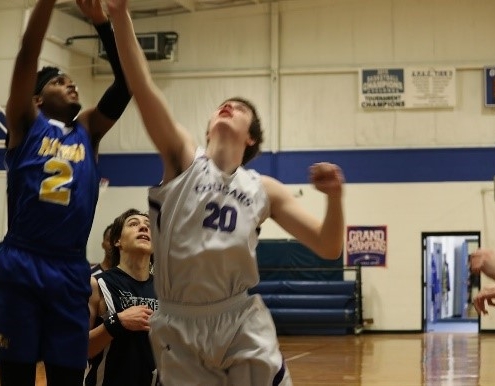 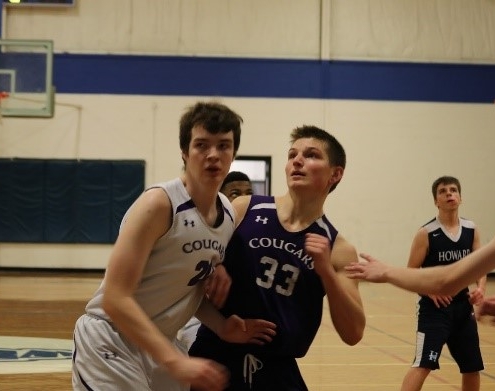 Freshman Aidan Briggs played extremely well. One of his coaches told me that he was the “silent MVP.” He recorded 10 points, 9 rebounds, 2 blocks, and a steal and an assist aiding his team to victory. 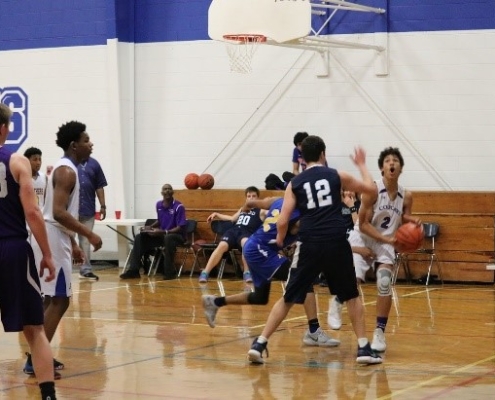 *Thank you Paige DeMent and all others who provided the camera work so that we could get such great photos on this fine day of basketball fun.

TCS Ladies Shine In The Tenth Annual All Star Game