Thursday, with the Texas like heat pressing down (at least it wasn’t Arizona hot), The Cottage School Cougars boys and girls cross country teams won the AAC for a combined 16 times since 1998 with a 4 year undefeated streak.  Grace Marriott earned gold in the girls’ race with a 26:23, while Alex Nebel paced her into the chute at 27:01 for Silver.  Malia Richards, a young-up-and-comer, placed 4th in 34:41. Hannah Katz started for the Cougars, but opted for shadier environs to smartly fight another day as she felt slightly ill.  Unfortunately, Kyndel Abercrombie was unable to run due to a persistent ankle injury, but supported both teams by acting as cheerleader and manager- providing cool water, ice and encouragement throughout.

Larry Orsini’s fleet feet knew no quarter as he led the Courageous Contingency of Cougar harrier boys to victory with a fiery 17:46, as Runner of the Week Nicholas Daugherty garnered silver in 19:05. Phenom, and future star, Aidan O’Sullivan placed 5th in 21:13, while Camden Michaud kicked through the chute for 7th in 22:06.  Will Conroy, veteran Spartan/Stoic (Stotan) placed 8th at 23:34.  Ben Thomas ran 23:59 for 11th, while Nick Helm earned 12th in 24:20.  Nathan Dunbar placed 17th in 26:35 as Dino Couvaras earned 19th in 27:32.  Alex Hogg placed 21st in 27:52 as Hunter Cool strode across the line in 28:47.  Mike Janyska placed 25th in 29:07 and Cal Kinard sprinted in for 26th at 30:11. Grant Osgood placed 29th in 30:42.  Thank you for your continued support and please stay tuned for more cross country action as your Cougars depart for Dominion Christian School in Marietta tomorrow at 7:30AM for a battle of GISA and GHSA juggernauts. 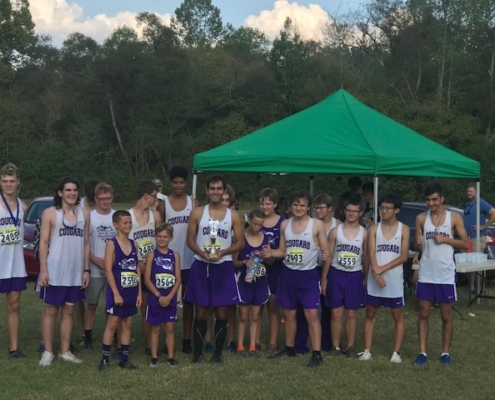 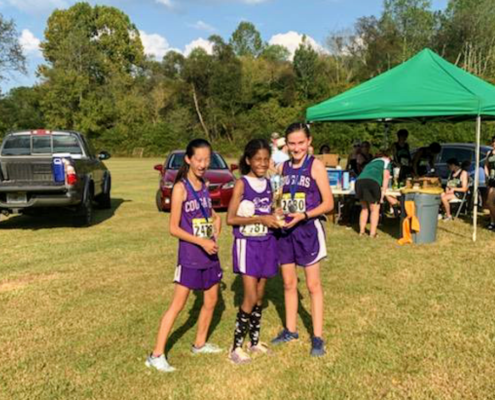