The Cottage School Soccer Cougars earned another dominant victory on Tuesday over Creekside Christian Academy, likely solidifying their first ever appearance in the GISA state playoffs. The Cougars now must wait while the rest of their regional opponents conclude their respective regular seasons, but their qualification chances are looking good!

The Cougars defeated Creekside in McDonough just before Spring Break, so they entered Wednesday’s matchup on their home turf feeling confident. TCS dominated possession early, but struggled to create any clear scoring opportunities. The Creekside defense was well-organized and compact. Eventually, the trio of Daniel Byman, Gabe Belden, and Blake Lackey combined to break the deadlock. Daniel played a cross-field pass to Gabe at the top of the box, who then laid the ball off perfectly to a cutting Blake for a composed low finish past the keeper. Creekside remained resilient and it was only after a long and winding Byman solo run that the Cougars notched their second goal. Daniel added one more before the half, extending the Cougars’ lead to a comfortable 3-0.

The Cougar defense played a brilliant second half. Though Creekside scored their only goal of the game in the second period, the TCS defense was organized and focused. Charlie Kish, Alex Hogg, Elijah Joiner, Anika Helm, Nick Elliott, and Camden Michaud all made excellent tackles to win possession and gave their best effort for all 80 minutes. The Cougars were able to add 3 more goals of their own after the break. Daniel Byman converted two more powerful shots from distance, and Sam Bayer scored his first varsity goal. Bayer smashed a rebound into the roof of the net after a Byman shot was saved by the keeper and the Cougar bench went wild in celebration. All team members that were present took part in the win, so please congratulate them when you see them! The game ended with a final score of 6-1 in favor of TCS.

The Cougars now set their sights on a third and final matchup with Mill Springs Academy, this time with the AAC Championship on the line. Kickoff time is 4:00 on Thursday, April 22nd at Mill Springs. We hope to see you there! 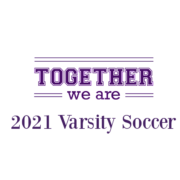