The Cottage School Cougars played at Wilson Academy on Friday night and followed up Saturday evening with another contest at Al Falah Academy. The Wilson Warriors were too much for TCS earning a 66-21 victory, but the Cougars rebounded from the loss well with a 40-27 win over Al Falah.

Wilsons’ full court pressure, athleticism and size got them off to an 18-0 start and they never looked back. Once TCS fixed the pressure issue they were limited in the half court to one shot. The Warriors gobbled up all misses taking away any chance for the Cougars to score easy baskets. The only way for Cottage to compete was if they shot at a high percentage from outside the paint which they did not therefore, Wilson continued to add on an extra ten points per quarter for the 66-21 victory.

With no school on Saturday, TCS took advantage having a pre-game practice before heading to Al Falah. This really helped as you saw crisp passing to break any and all Al Falah full court pressure. The Cougars were able to play at their pace taking a 27-9 halftime edge.

The Al Falah kids never quit and fought till the end. This effort gave them an opportunity cutting the TCS lead to 9 points with three minutes remaining. Shane Hendrickson buried two big free throws to eliminate any Al Falah comeback earning the Cougars a 40-27 win.

The Cougars will host Brandon Hall on Wednesday, in a rematch from a month ago. This will help prepare them for their big AAC rival downtown at the Howard School on Friday night.

Parker DeMent played well at Wilson with 5 points and 4 rebounds. He came down with a cold so missed the Al Falah game.

Jeffrey Betts pulled down 5 rebounds with a basket vs Wilson and had 9 boards with 3 points at Al Falah.

Brett Boyles had 6 points, 5 rebounds, and 2 blocks vs Wilson. At Al Falah he finished with 6 points and 4 boards. 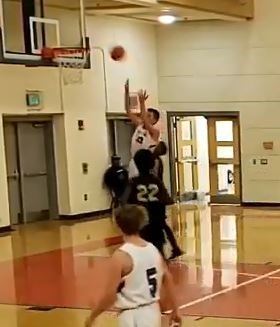 Alex Hoeve did well off the bench. He added a basket and steal in each game.

Reese Bentley had a great game versus Al Falah with 15 points, 9 rebounds, and 2 assists.

Aidan Briggs scored 8 points at Al Falah, including a whopping 14 rebounds and adding 3 assists and 3 steals. 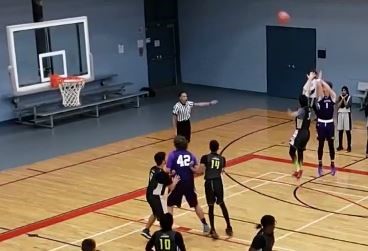 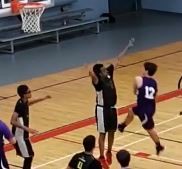