The Cottage School JV Basketball Cougars defeated Center Academy 41-40 on Thursday night to secure their 3rd AAC Championship in the last 4 seasons. The game was incredibly close throughout, with no team holding a lead larger than 5 points and every quarter ending with TCS ahead by a single point. The two AAC rivals left it all on the court in a Championship game that will be remembered for years to come.

TCS and Center were neck and neck right from the jump ball. The Cougars struck first thanks to a 3 pointer from Seth Goldberg, but Center responded immediately and took an early 5-3 lead. The first quarter was extremely fast-paced, with both teams playing full court defense. Dalton Lantz, Conner Hogue, and Alex Hogg all chipped in 2 points, and Seth added another pair of jump shots to close out the quarter. Nick Daugherty added hustle and rebounding to spark the Cougars early efforts. Center continued to score though, keeping the game close. After 1 quarter, TCS led 13-12. In a statistical anomaly, the two teams scored the exact same amount of points for each of the remaining three quarters.

The pace slowed down considerably in the second quarter. Both teams worked through the early game nerves and settled down defensively. Kyle Kimble got in on the scoring action in the second quarter, and Will Conroy came off the bench to anchor the Cougar defense. Offense was hard to come by, with each time only managing 6 points in the quarter. At half, TCS held on to a 1 point lead, 19-18. 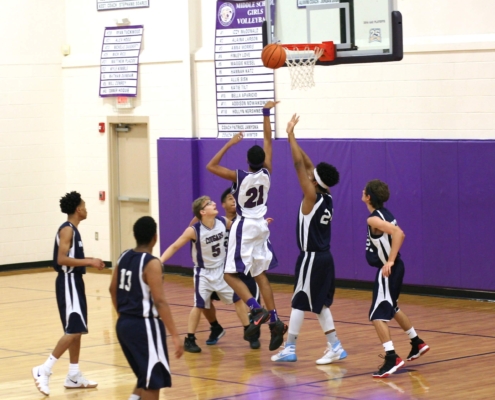 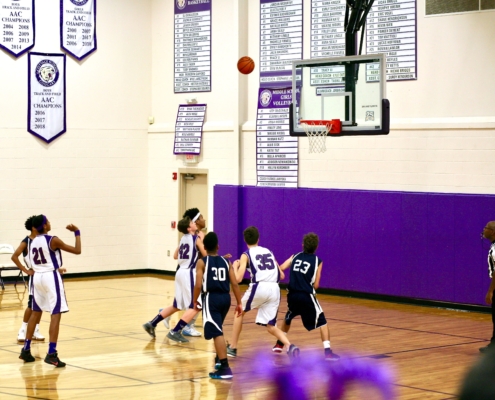 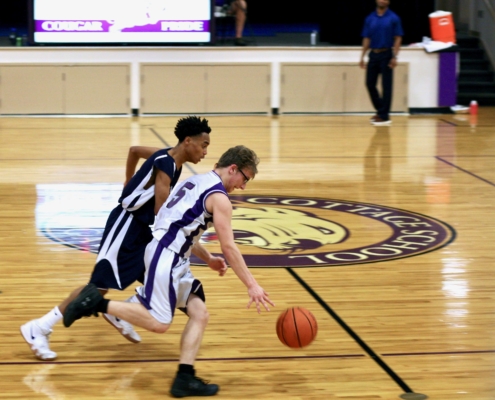 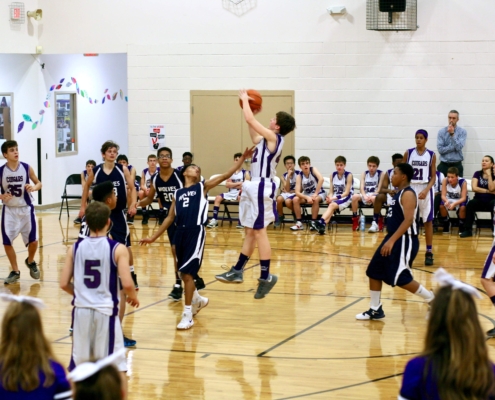 The teams used the halftime break to regroup and rest, and the second half was a frenzied affair. The scoring picked back up in the third quarter. Seth connected on another 3 pointer, and Dalton, Conner, and Alex all chipped in baskets of their own. Will Conroy played tenacious help defense, challenging and changing countless shots in the paint. Heading into the fourth quarter, the Cougars maintained their 1 point advantage, 32-31.

The final period was tense and emotional for both squads. The lead changed hands several times early on in the 4th, and it became clear that the game would be decided in the final seconds. The Cougars dug deep defensively to come up with a string of defensive stops with about 3 minutes to play. They were able to turn these stops into transition opportunities on offense, and they built up a 38-33 lead with just over 2 minutes left. Every time the Cougars seemed ready to put the game away, though, Center responded with a clutch basket. With just 20 seconds remaining, the Cougars held a 2 point advantage. Center was forced to foul to stay in the game, sending the Cougars to the charity stripe. Unable to convert on the front end of a 1 and 1, the Cougars left the door open for Center to tie the game. As Center drove down the court in the final seconds, the Cougars committed a foul, putting Center on the foul line with a chance to tie the game and 2 seconds remaining. Center made the first free throw, but the second rolled around the rim and out. Kyle Kimble secured the rebound and the buzzer sounded. The Cougars won the AAC Championship! 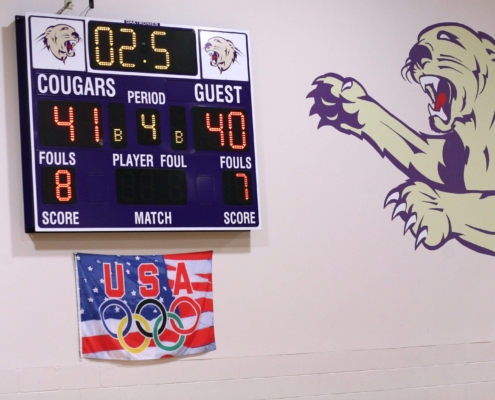 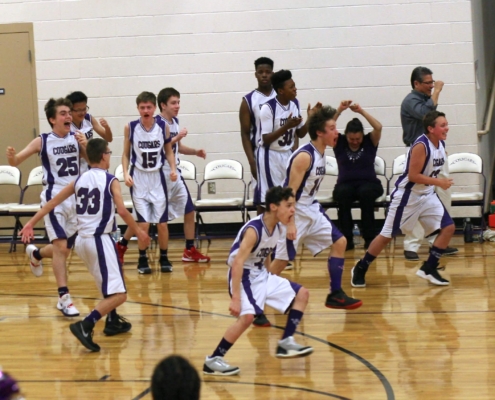 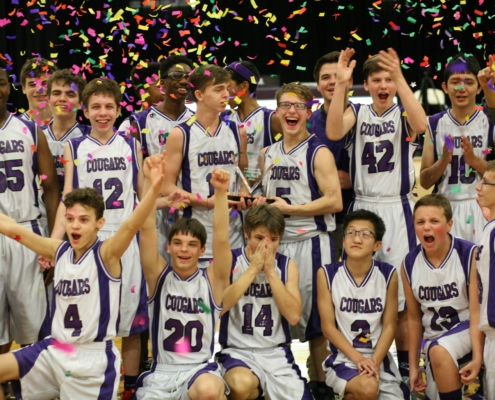 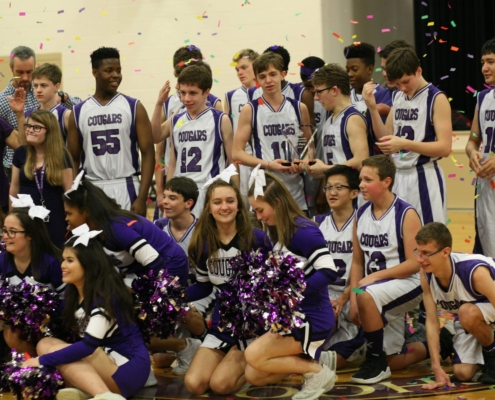 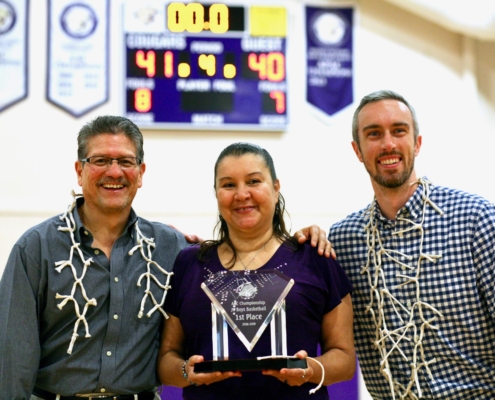 The coaches would like to thank the players, parents, TCS faculty, and all others that supported the team throughout the season. It was a magical ride being a part of this team for the last 5 months.