Saturday, your Cottage School boys cross country team defeated all comers to win the Georgia Independent School Association’s Region 5-AA Cross Country Championship. As hosts of the event, we could not have completed the competition without the tireless efforts of our volunteers; sincere thanks go to Mr. Michaud for directing traffic and athletes, Mrs. Helm and Ms. Gaffneystone for being photographers, Cheerleaders, and Physical Therapist, and the entire Janyska family for directing student-athletes, cleaning the campus, and being the official meet starters and co-presenters at the award ceremony.

Unfortunately, the girls did not field a complete team, but Bri Worrell earned bronze and a berth to the State Championship with the boys on November 7 at Middle Georgia State University. Bri ran a personal record of 26:12. 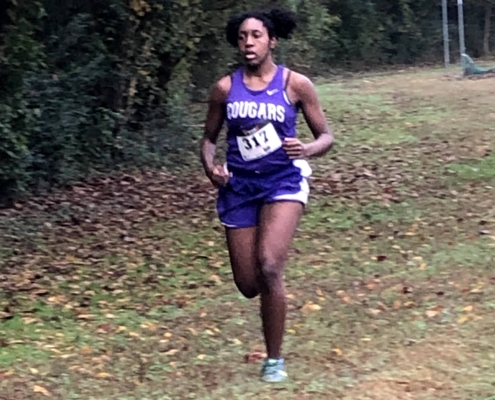 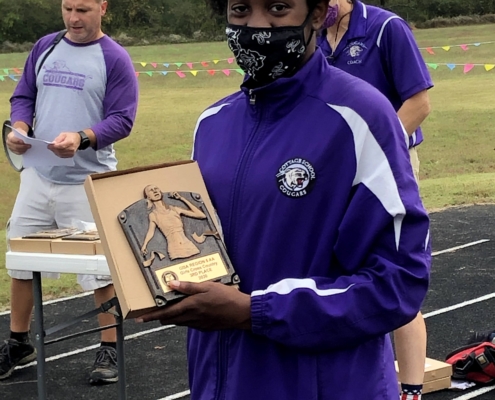 The boys action witnessed intelligent racing from the gun as Camden Michaud and Nicholas Daugherty paced themselves from the rear of the over exuberant lead pack to Gold and Silver in a near photo finish at 19:52 and 19:53, respectively.  Nick Helm ran his personal record on the Mustang course to finish 6th with a 21:13.  Future star, Ryan Gaffneystone picked himself up after falling hard on the slippery course and kicked out in 9th with a 22:38.  Charlie Kish ran a personal best with his top ten finish in 25:29.  Mike Janyska ran his personal record of 25:57 for 11th and senior Nick Smith gutted out a finish in 36:28 to complete the field, despite suffering from stomach issues.  The Cougars have earned their berth to another state championship; this one is held on the campus of MGSU in Macon, Ga. On the morning of Saturday, November 7.  Up, up, up! 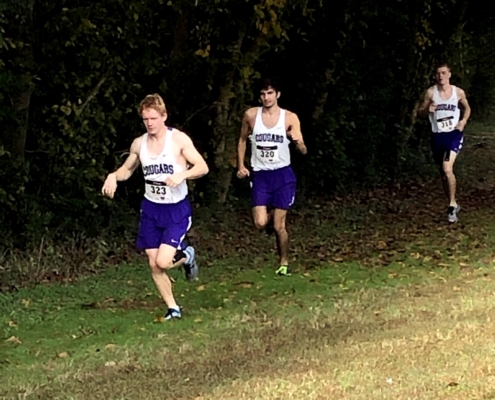 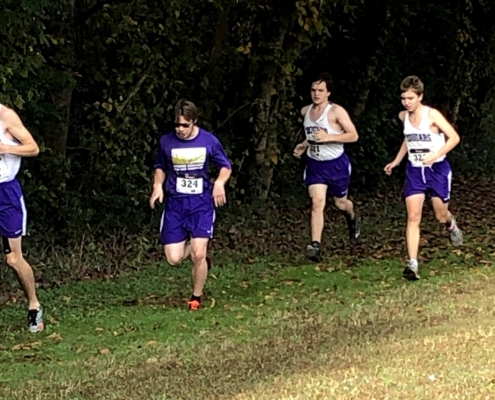 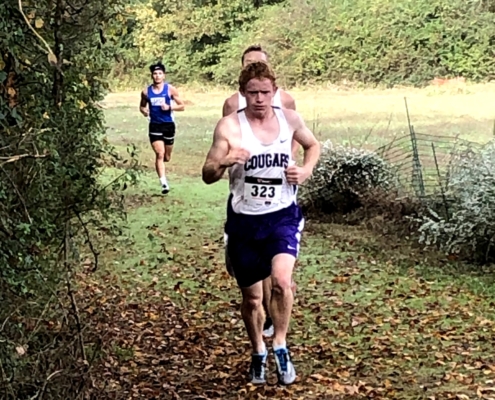 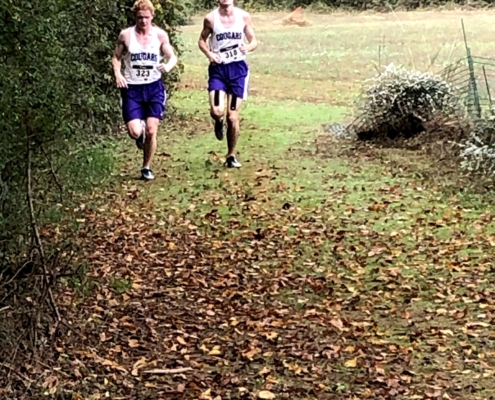