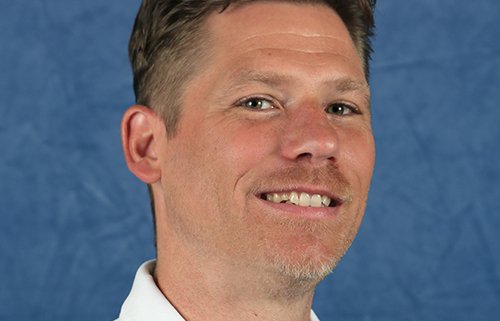 Richie Briggs is in his fifteenth season as head coach for The Cottage School Cougars varsity boys’ basketball program. He also serves as the schools’ Athletic Director, PE/Health Instructor, and is Co-Commissioner of the Atlanta Athletic Conference.

Coach Briggs has guided the Cougar basketball program and overall athletic program at TCS to unprecedented heights. In fourteen years at the helm, he led The Cottage School to their first ever Atlanta Athletic Conference championship in 2009, then added four more rings in 2010, 2012, 2013, and 2016. Matter of fact, the Cougars have been to the AAC finals 8 of the past 11 seasons. During this time, Coach Briggs has recorded 169 wins, including many over much larger and more athletic programs. The Cottage School is still the only AAC institution in league history to have back-to-back undefeated championship seasons in 2012-2013 (24-0).

As the director of athletics, Briggs and his staff have become the envy of the AAC. The XC and Track & Field teams; led by long-time successful coach Allen McAdams, continue to reign but the Cougars have passed this enthusiasm and confidence throughout their campus. Instead of just the basketball, track, and XC teams now soccer, volleyball, swimming, baseball, golf, and tennis have all won titles. It goes further than championships. Every team and activity put together by the program is competitive and the kids have much pride no matter the outcome. The Cottage School has won each of the past four AAC Commissioner Cups along with multiple GISA region championships, including a state title.

Briggs joined The Cottage School after serving two seasons as assistant varsity girls basketball coach and PE teacher at Franklin County High School in Carnesville, Georgia, where he help lead the Lady Lions to a region championship in 2004 and back-to-back state playoff appearances in 2004-2005. His second year as coach, earned him assistant coach of the year honors.

Prior to coaching on the high school level, Briggs served four years coaching women’s college basketball for Emmanuel College and the University of West Georgia and before that as a student athlete at Emmanuel College. Briggs played a large part in the success of each of those programs as a coach and athlete. He earned a bachelor’s degree in Sports Management in 1999 from Emmanuel and a master’s degree in Physical Education in 2005 from West Georgia.

“I am honored and thankful to teach and coach here at The Cottage School. My vision is to continue to run a respectful physical education and health department and to help guide the athletic program to teach adolescence to succeed both in and out of the classroom. With the students great focus, we have been able to accomplish historic success. I am blessed to be a part of this amazing environment and with continued excellent support of our administration team, we plan to continue guiding our youth to be strong, confident, open-minded, and honest hard working citizens.”

Richie Briggs is married to his lovely wife Nadine and they have two children.