On Wednesday, The Cottage School Cougars traveled to their cross town rival, the Mill Springs Mustangs. With outstanding defensive effort, Cottage smothered MSA throughout the contest making it difficult for the Mustangs to score. This focus earned TCS a 38-19 victory and positioned themselves no lower than the #3 seed in the AAC tournament.

Even though Mill Springs struggled to score, they kept the game close for most of the first half. The Mustangs did well enough on defense that with just one minute left in period one, Cottage only held a 7-6 edge. After two steals in a row, leading to fast breaks layups, TCS began to increase their lead ahead 11-6.

With MSA packing the paint and limiting Cougar transitions, the score remained less than a ten point cushion for Cottage. But just like they ended the first stanza, this time TCS hit back to back three pointers, including one at the buzzer by Murphy Husnik from Steph Curry range, to extend to a 23-12 advantage. 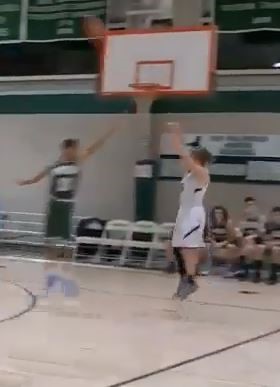 Very similarly to the Fulton Science win, the Cougars made a strong effort on both ends of the floor in the third quarter, which put no doubt into the games’ outcome. Cottage would extend their lead to twenty points and go on to win 38-19.

Coach Briggs spoke after the game; “Suroy and I are proud of our boys’ intensity level. It seems we are ready for the AAC playoffs defensively but are happy it is three weeks away. With new additions (Sophomore Garrett Guesnon) and members back from illness and injury (Jeffrey Betts & Tim Mattioli) our offense has yet to get going. We expect three weeks is just enough time to get our offense in sync for the tournament.”

Cottage will host Lyndon Academy this Friday night (1/25) to kick off Homecoming 2019. On Saturday they will take on the Alumni champions in what is always a fun game to watch, but more importantly reminds us that we are Cougars for Life!

Murphy Husnik would finish with a whopping 6 steals, to go with 5 points and 2 assists. 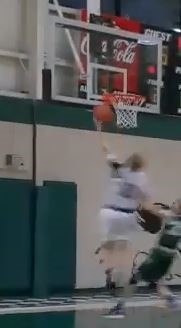 Reese Bentley scored the first basket of the game with a three pointer. He also added 5 boards and 2 steals. 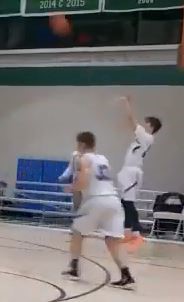 Eric Vogel made his second shot of the season, another perfect swish from behind the arch! 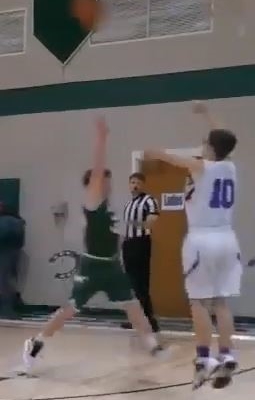 Garrett Guesnon scored in his first game as a Cougar, knocking down a three pointer.