To complete the first half of the season the TCS Cougars travelled to Cross Keys High School to take on the Indians on Wednesday night (12/19/18). Cross Keys is a public school off North Druid Hills, but over the past five years are more on the athletic and skill level of small private schools like TCS. The two have built a good relationship over the past few years, and have had some close games. Tonight was no different.

Both teams played similarly the first period with TCS holding a slim 10-6 edge. Just before the end, one of the Indian players, #30-Burga, connected on a three pointer and that seemed to spark his team. Cross Keys forced turnovers, held Cottage to a low FG percentage, and continued their hot outside shooting. This energy and effort earned the Indians a 23-17 halftime advantage.

Immediately after the break Burga hit another from downtown and it appeared it was going to be the Indians night, ahead 26-17. The Cougars heads were down, seemed their confidence was off as they may lose another battle. The one thing you can always count on from Cottage is their intensity level. This focus and effort allowed for a TCS run in the third period. Four different Cougars scored in the quarter to get within a basket; 35-32.

The performance boosted the teams’ confidence and you can witness the shift in momentum. Cross Keys never quit and held a lead until Cottage tied it at 39 with less than three minutes of action left. Good defense created a tough shot from TCS but freshman, Aidan Briggs fought for the offensive rebound. He ripped it away from the Cross Keys best player and put back the bucket to take the Cougars first lead since the first quarter, 41-39 with just 2:32 to go.

The Indians came down and missed a shot, Cottage rebounded, executed on the offensive end, and senior guard Murphy Husnik sunk a corner three point shot, assisted by Shane Hendrickson that seemed to all but crush Cross Keys’ will. Up 44-39, the TCS momentum forced the Indians to rush their next few possessions as the Cougars drove home with the 48-39 victory. Coach Briggs spoke after the contest. “So proud Suroy and I are of the boys. Cross Keys sunk seven three pointers on us in the first three periods, but after some defensive adjustments and how our team stayed patient and trusted each other; we battled through the initial onslaught, stayed focused on what we do, and were rewarded. We have two weeks off to enjoy family and to work on our individual weaknesses, but can’t wait to get back in January to continue improving day by day.”

The Cougars finished the first half 7-9 but are confident the second half will flip flop. Coach Henderson speaks; “It always takes us longer to click, but each year they prove to play their best basketball late January, into the February AAC playoffs.”

Game Notes:
Aidan Briggs led the team again with 21 points. He is only one of two players in school history to score 20 points and pull down 10 boards or more (he had 11) in back to back games (the only other was another freshman-AJ Farrar in 2010). There have been 6 others to do it many times, but never back to back and they were juniors and seniors. Aidan also went 9-10 (90%) from the line. Only two players in history have shot 90% from the line with a minimum of 9 free throw attempts in a game (AJ Farrar-2013 went 10-11). 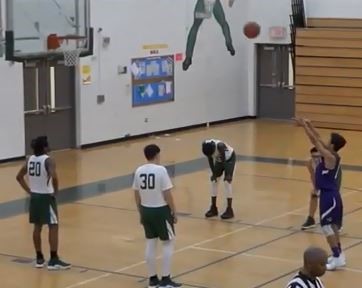 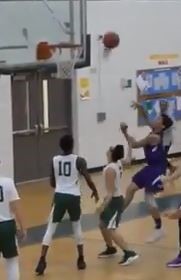 Brett Boyles gathered 12 rebounds to go with 8 points and 2 assists. 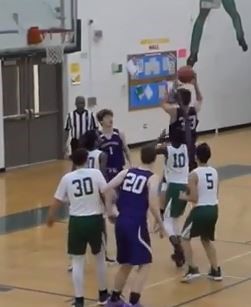 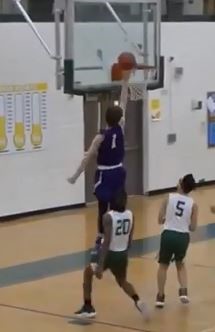 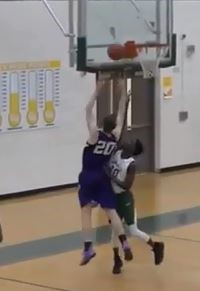 Shane Hendrickson had 5 steals and 5 rebounds.
Murphy Husnik came off the bench late to provide a positive punch. He scored 6 points, going 3-4 from the line to go with that back breaker three pointer. 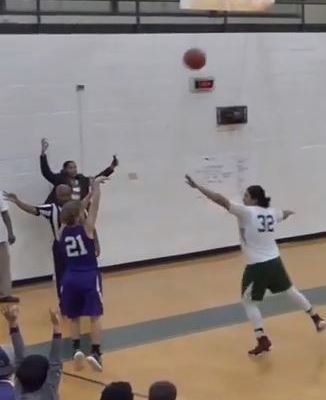