Under the most beautiful, crystal blue skies, with a warm gentle breeze blowing, a perfect storm was brewing and it did not manifest itself until about ten minutes before first pitch.  We already knew that the team would be down one player due to the flu bug.  This situation was taken care of by just adjusting one position so no problem. The real blow was dealt when I was learned that All-Star catcher Brett Boyles would be sidelined with, what has been initially diagnosed as a fracture to one of his fingers on his throwing hand.  This caused a number of players being asked to play in different positions than they had practiced before.  So instead of dwelling on a few of the negatives from yesterday, lets instead, highlight all of the positive things that happened.  Almost to a man or lady, each teammate started to pick each other up and cheer those who were playing out of position.

Let’s start with Brett himself, he stepped up and became the scorekeeper and bench coach yesterday.  Not being able to play could have affected him negatively but instead he was the encourager on the bench and took time to coach and cheer on the team demonstrating true senior leadership.  Shane Hendrickson has been on a rollercoaster from Monday through yesterday at game time.  Originally Shane was going to play shortstop yesterday that way paving the way for him to face Brandon Hall on Thursday.  When we found out that shortstop and pitcher Seth Goldberg was still fighting symptoms of the flu Shane was told earlier Tuesday that he would be going to them mound versus Atlanta Jewish Academy which did not phase Shane in the least.  Then right before game time when we learned of Brett’s injury Shane volunteered to catch providing leadership from behind the plate.  Again, an experienced player demonstrating true leadership to the team especially to the younger inexperienced players on the team.   Now with Shane behind the plate we had no one with any pitching experience so of course we turned to our center fielder, who last year, threw from the mound one time.  Bringing this vast experience to the mound Larry Orsini took the pill to the hill and without regard to personal statistics or ego, placed the team on his back.  Each inning that Larry pitched just added to his already impressive athletic accomplishments and quite leadership abilities.  Coach Cox and I both knew that eventually Larry would tire so who would we use as a relief pitcher for Larry.  So, of course, it would be a logical decision to turn to a player who was playing in only his second game of baseball EVER!!  Dalton Lantz.  Again without hesitation and  placing team before self, Dalton came in and threw the final innings of the game and had fun doing it.  For an old coach it is heartwarming to see young men and ladies place team before self.  Even though we lost the game yesterday, the TEAM as a whole won.  I am not one that prescribes to moral victories.  However, yesterday’s game was a great learning opportunity.  You see, not only did these four players rise to the occasions but also did the other players who were playing out of position.  Mac DeBalsi, normally a second baseman was at third.  Elijah Joiner, normally a third baseman was at shortstop.  Aidan Briggs, normally a left fielder was in center.  Each providing leadership in their own way.  This type of team attitude will ensure that the team will grow and get better as the season goes by. 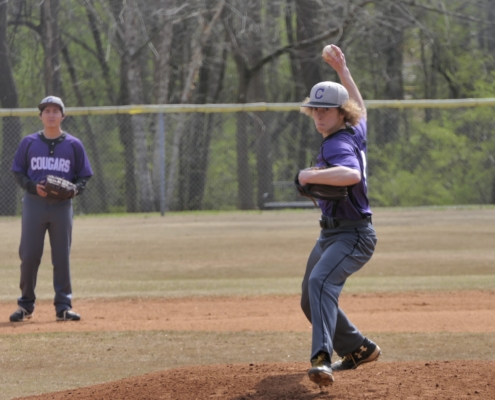 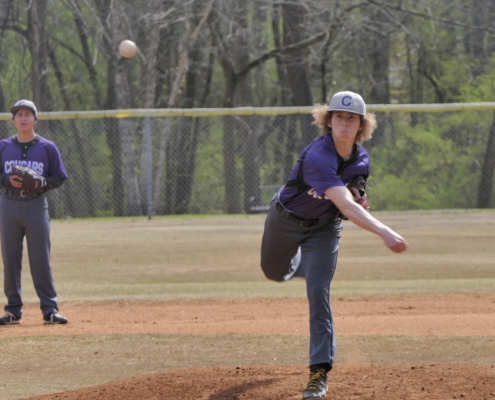 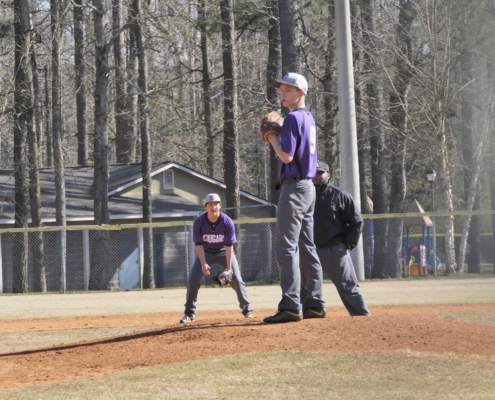 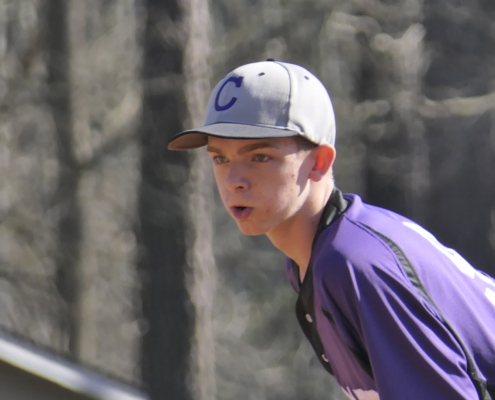 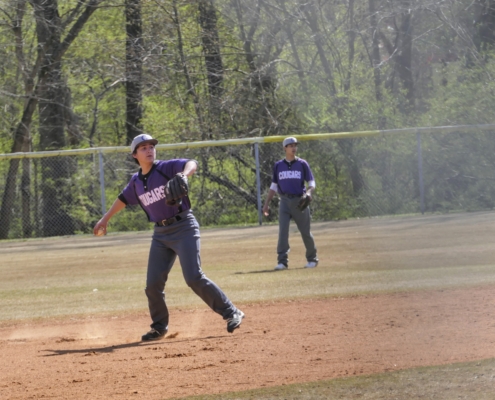 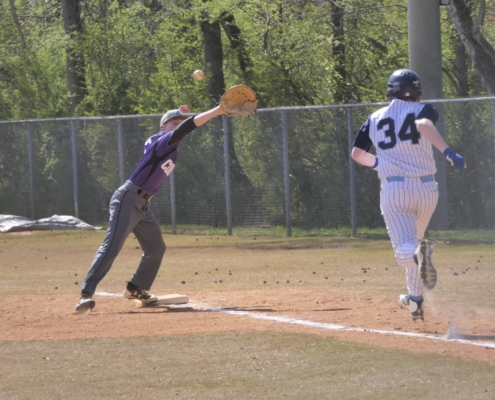 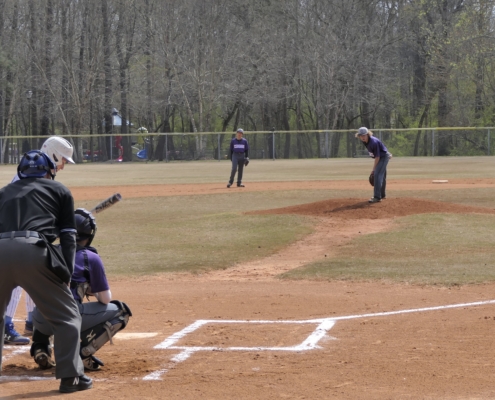 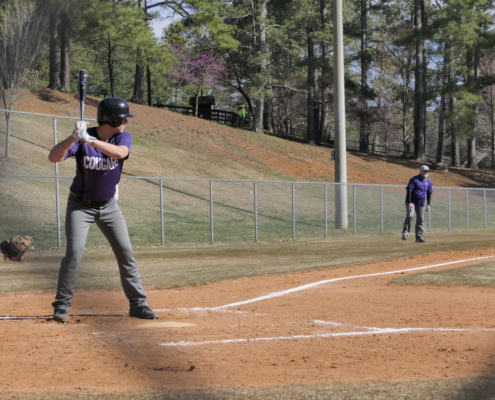 The Cougars are now 1-2 on the young season.

Dine at Lucky’s Burger and Brew in Roswell, Help TCS
Scroll to top