The varsity boys lost their mojo over the winter break. Last week they hit the road taking on two GHSA schools in Atlanta Jewish Academy on Wednesday and at Cross Keys High School on Friday. The Cougars did play well defensively keeping each game close until then end, but the focus and timing that took the entire first half of the season to be consistent offensively was lost. The Cougars were only down by six points to AJA with 4 minutes remaining but learned that when not focused and engaged on the little things, six can multiply quickly. AJA went on to win 56-38.
In the Cross Keys game on Friday…both teams struggled with their offense. It was one of the lowest scoring first halves you will read about. At intermission Cross Keys led 11-10! Yes, the Cougars could only muster 10 points in the first half. The good news is that their effort on defense was strong to hold quick guards and 3-point shooters to just 11 points.
The second half provided more excitement. As TCS was down 28-20 early in the fourth period, and looked to be done for the night, a sudden last gasp of effort was rewarding and the Cougars went on a 8-0 run tying the game at 28. After a timeout to take a breather and to reflect on what just happened, the Cougars tried to finish the Indians off. Cross Keys had other things in store, knocking down two big three pointers to finally stop the TCS momentum. Cross Keys went on to win 37-31. 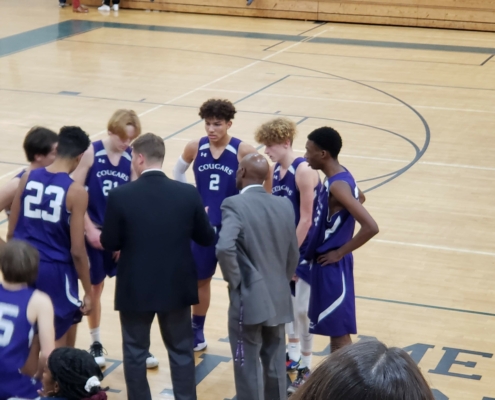 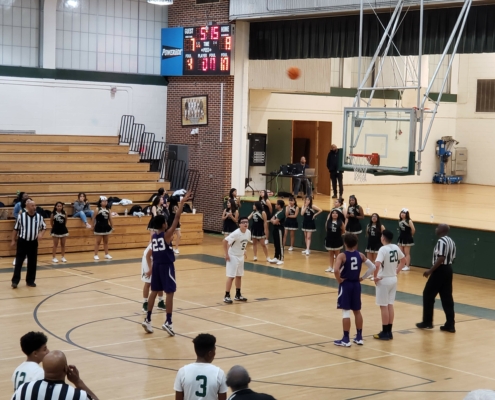 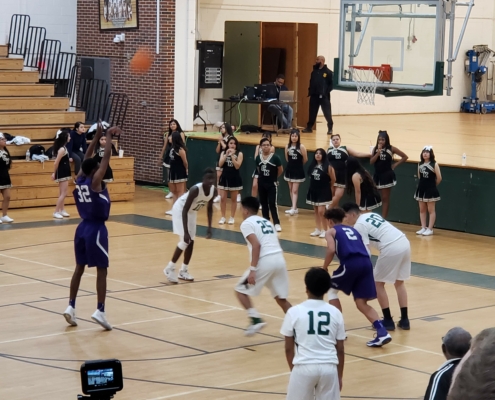 The Cougars will practice Tuesday before playing a home friendly match versus Center Academy on Wednesday. It is an AAC contest but Center only participates on the JV level so they asked to play a varsity game to give their kids some experience at that level.

Game Notes:
Aidan Briggs and Tim Mattioli led the Cougars in points versus AJA. Aidan had 12 points and Tim added 10.
Daniel Byman, Kyle Kimble, and Ruslan van Kesteren all played heavy minutes and their effort on defense was outstanding.
Against Cross Keys, no Cougar had a strong offensive game.
Aidan carried the team on the glass and added 7 points. Tim and Kyle each scored 6 points and also played well defensively.
Shane Hendrickson also shut down penetration and was a pest on defense.