1/5/2022: The Cottage School Cougars opened 2022 with a home game versus Cross Keys High School. It was their second match of the season and CKHS was out for revenge suffering a loss early in November. Despite their efforts, Cottage held on to win 37-30 but it sure was ugly.

Cottage came out focused and ready, jumping on Cross Keys early with a 12-2 edge. The Cougars continued their defensive dominance but fell into another one of their long offensive droughts. TCS went six minutes without scoring, like they did versus Fideles a week earlier and at the half only held a 18-7 lead.

At intermission Coach Briggs spoke to the team, “We executed brilliantly early and once again played outstanding defense. The issue we are having is because you guys missed easy shots, you gave up on what worked. Trust each other and the process and we will get our offense going again.”

Despite this message the Cougars got frustrated more and more over the second half, with each missed shot. Negative energy was felt with each pass and more poor decisions were made. Cross Keys took advantage and hung around only down ten after three periods: 27-17.

The fourth was even worse for TCS, as they began to force things and turned the ball over 10 times. If not for their defense and Cross Keys being young and inexperienced, the Cougars would have lost. Cottage shot just 29% from the floor, had 25 turnovers, and shot 7-28 on the charity stripe. Despite one of their worse offensive games all season, they hung on for the 37-30 victory.

The Cougars are now 11-4 and had their Friday night first GISA match rescheduled for 1/24/22, so will now play their first GISA match next Wednesday versus Solid Rock Academy. SRA are the GISA state champions and currently still ranked #1 in the state.

Aidan Briggs also recorded a double-double with 10 points and 10 rebounds.

Daniel Byman battled his way through the contest. He finished with 4 points, 4 rebounds, 4 steals, and 3 assists. 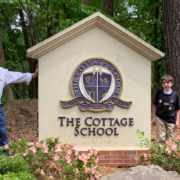 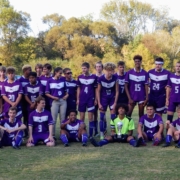