The Varsity Archery team’s second event of the season required a 137 mile trek to Thomson GA for the first Bulldog Clash. The TCS travel team was depleted by holiday plans and illness with only six archers competing, but those who attended made the best of the opportunity.

The archers’ performance was well worth the drive. The next tournament is scheduled for Saturday, December 3rd down in Columbus GA for the 2022 Snow Much Fun Archery Tournament hosted by Calvary Christian School. 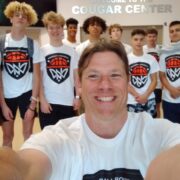