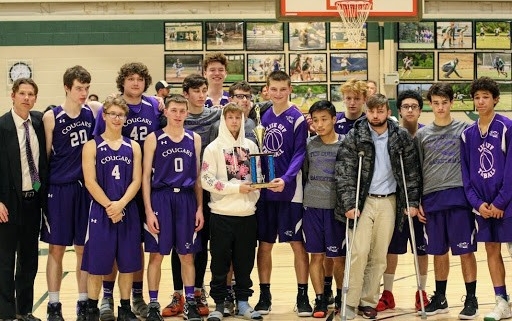 The Cottage School Cougars pulled off the upset on Monday over the Howard Hawks (#2 seed and swept TCS during the season), but fell short versus the top seed, Atlanta Area School for the Deaf Panthers on Wednesday (2/13/19). The Panthers athleticism and skill proved too much for the Cougars. TCS was already playing a man down without their all-star senior point guard, Murphy Husnik. He suffered a concussion in the game on Monday over Howard. AASD took advantage of the backcourt, forcing a whopping 30 turnovers in their 60-50 victory. It brought Atlanta Area School their first boy’s title in school history. Their girls also won over an hour earlier, also over the TCS Lady Cougars, which gives the Lady Panthers two AAC championships (2017).

Cottage did start well, 8-4 early. After a couple of missed TCS layups and turnovers, AASD capitalized tying the contest at 11 by period’s end. The Panthers generated multiple Cougar turnovers in the second quarter and it appeared a route was in order, up twelve points. TCS protected the ball in the final three minutes of the first half and fought back for a tough 26-21 deficit at the break.

AASD’s athleticism (more steals and blocked shots) took over the third period that lead to a 42-34 advantage. The Panthers continued into the fourth going ahead as much as 17 points, but like late in the second stanza the Cougars were not going to quit. Twice in the final minutes Cottage would get within 8 points.
With three minutes left TCS went on an 8-0 run to make it 53-45 AASD before the Panthers scored. Then again with less than a minute left, Cottage had three possessions in a row where if they made a shot the game would have come down to the final second. AASD was up 58-50 and TCS had a lay-up and three 3-point chances to cut into the lead. None of those shots fell, AASD is fouled making the final two points of the contest for the 60-50 historic AASD victory.

Aidan Briggs was the MVP runner-up with 24 points and 16 rebounds. He becomes only the second freshman in school history to record a line of this nature (AJ Farrar-2011). He also shut down their second best player (#13-Bembry). He scored 25 points and killed us on senior night but last night only had 11 points on just two baskets, with some free throws. Aidan finishes the season with 316 points, 214 rebounds, and 59 steals. These three categories are noteworthy for a freshman because the points are second only to Farrar (360 in 2011), but the 214 rebounds and 59 steals are new freshman records. Briggs recorded 6 double-doubles on the season which is also second to Farrar’s freshman season with 10 in 2010-2011). 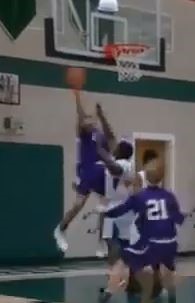 Brett Boyles’ effort and determination was outstanding. He was all over the glass with 9 boards and was amazing on defense, taking two charges. He added 6 points. Brett finished the season with over 250 points and rebounds. He is just the 5th Cougar to accomplish this feat (Jordan Webb-2010, AJ Farrar-2012 & 2013, Marquis Victory-2014, and Kia Smith-2016 & 2017). 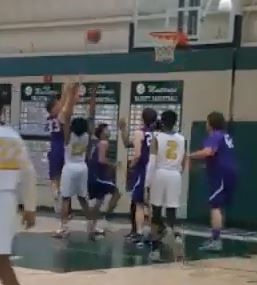 Tim Mattioli scored 8 fourth quarter points to help keep his team in it. 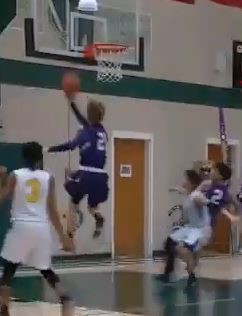 Reese Bentley had another solid playoff game. He pulled down 6 rebounds and scored 5 points. 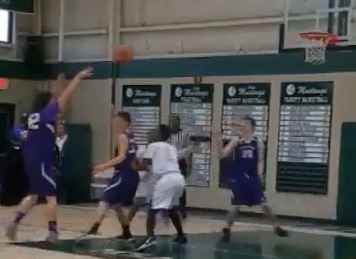 Lucas Hoffman made a free throw late to finish his Cougar career in the books.

Thanks to all the seniors for your commitment to the team all these years. We are very proud of you.

#2-Marquise King; senior guard from AASD came away with the games’ MVP scoring 25 points and controlling the tempo with his high level of dribbling talent. AASD Panthers won their first championship in history on their third try (2013 and 2018 losses). They played a great game and I couldn’t be happier for Coach Reggie Bess and his kids and staff. He has done an outstanding job over the decade leading that program and if we were to lose, it couldn’t be to a friend I have so much respect for.