12/14/22: The Cottage School Cougars travelled to Norcross to take on the Al Falah Academy Lions. The two schools do have a history of competitive games through almost a decade. Cottage has won them all but two and last night was no different. Al Falah plays independently each year, not associated with a conference or region. With losing five to graduation and five others transferring to another school, the Lions are in rebuilding mode. TCS took advantage of their inexperience and youth, dominating the paint to a 62-22 win.

From the tip Cottage coach, Richie Briggs was heard telling his team to get the ball inside. He spoke later after the contest, “It really doesn’t matter who we play right now, we are working hard to learn how to execute our offense the most efficient way possible and that is going inside-out. We already share the ball well, but the last step is moving with and without the ball in unison. Timing is our biggest issue, so we just emphasized that from the get-go tonight.”

The Cougars seemed to be teaching an offensive clinic with each teammate touching the ball over and over making the Lions dizzy defensively. Cottage took a 21-9 edge by the end of period one and never looked back. At halftime the score read 35-19 TCS and after the third stanza the Cougars all but won the contest ahead 50-19.

As well as Cottage played offensively scoring their second most points in a game this season, with the 62-22 win, it was their defense that controlled the tempo. The Cougars just tied for second all-time in steals as a team in one game with 26 on 12/6 versus CORE and tonight they corralled 25 steals, which is now third best. More on some individual history below in the game notes. It seemed like every time Al Falah would score a basket, TCS would get two or three steals in a row for fastbreak layups further extending their lead.

TCS is now 7-5 and will finish 2022 with a home game tomorrow (12/15) versus The New School. It marks the two schools’ first ever meeting. Jump ball is at 2:30, with both teams ending their final day with exams at noon. See you at the Cougar Center!

Andrew Dorsey broke the school record with 10 steals! Omari Anderson, Mario LeePow, AJ Farrar, Marquise Victor, Dion Schmidt, Chris Taura, KJ Powell, Harris Menetre (did it three times), Daniel Byman, and Aidan Briggs all have tied the school record with 8 steals in one game. Now Dorsey stands above them all! Congrats to him and he did it in just 13 minutes of playing time…also a record! Andrew added 9 points, 4 rebounds, and 2 assists. 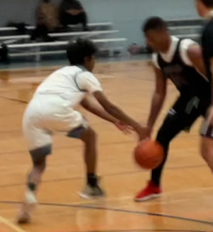 Jason Donaldson worked hard for his third double-double of the season with 11 points and 11 rebounds.

Liam Walsh had 2 steals and 7 points.

Jack Kane put in 7 points and dished out 2 assists and grabbed 2 steals. 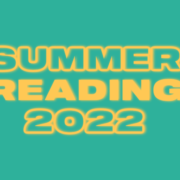 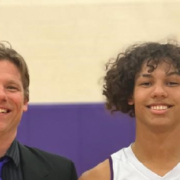