The Cottage School Cougars traveled to Atlanta Jewish Academy to take on the Jaguars in their gym opener. The environment was outstanding and similar to our homecoming we have each year. The gym was packed, both teams battled in a close game here at TCS in the first game of the season, and an AJA donor, Kevin Willis, helped make the night even more fun. Mr. Willis played for the Hawks for 11 seasons from 1984-1995. He did a mock jump ball with the two teams’ captains as AJA thanked him for his support of the school.

Maybe the excitement was too much for both teams as neither team could make a good pass or hit a shot for almost the entire first quarter. AJA led 7-2 by period’s end.

The Jaguars settled down sooner than the Cougars and owned the second stanza with a 23-13 edge going into the locker room with a 30-15 advantage. TCS was actually fortunate because they played sloppy the entire first half turning the ball over repeatedly. Atlanta Jewish had double the shot attempts but thankfully for the Cougars they shot at a very low percentage.

Finally someone for TCS stepped up offensively and it was the freshman, Aidan Briggs. He scored 8 of 10 Cougar points in the third quarter and Cottage shut down the Jaguar offense to just five points to get within ten; 35-25.

The flood gates opened for both teams in the final stanza. The Cougars cut the lead to four points with just three minutes of action left, but the sloppy play that haunted TCS early came back late. Atlanta Jewish capitalized on a few more costly turnovers and went ahead for good for the 51-43 victory. Coach Briggs spoke after the game. “What a weekend. We are playing better as a unit and had a chance to win three games in a row. It is unfortunate we lost focus on the offensive end securing the rock, but we did like our effort defensively, rebounding, and our off ball movement was nice to see. We fix our passing issues and now we have a real shot at knocking off good teams.”

The Cougars have exams next week but will practice and finish 2018 with a contest at Cross Keys High School. It will be their third year in a row playing the Indians, winning two of the past three times.

Brett Boyles pulled down 25 rebounds and scored 5 points. The 25 boards is tied for second best in school history (28-AJ Farrar-2013 & 25-Clarence Williams-2009). Brett is only the fourth Cougar to record 20 or more rebounds in a game. Chris Schleier-2006 is the other with 20. Farrar is the only Cougar to do it more than once; he did it 8 times in his three year career here. 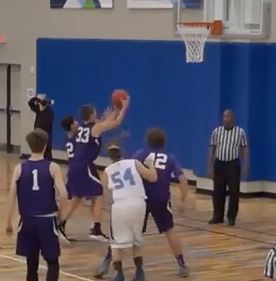 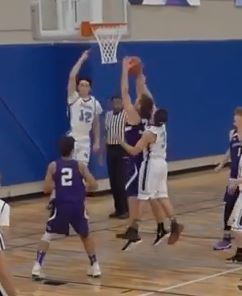 Aidan Briggs continues to footprint his name as one of the top freshmen to dress as a Cougar.

He led the team in points with 25 and also collected 10 rebounds for his first career double-double. Aidan is one of two freshman to score 25 points in a game and pull down double digit rebounds in the same contest (AJ Farrar in 2010-2011 did it multiple times). Aidan also becomes just the fourth freshmen Cougar to score 20 or more points. Farrar-2010, Clarence Williams-2009, and Omari Anderson-2007. 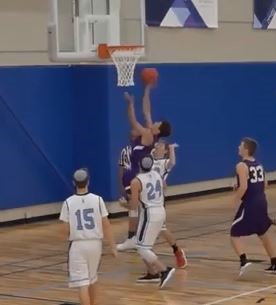 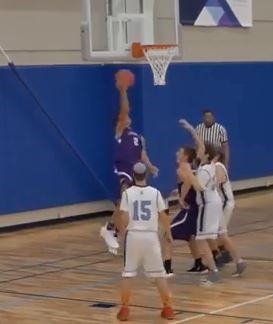 Shane Hendrickson had 5 boards and 3 steals.

Reese Bentley came back from an injury with 5 points and 5 rebounds.