The Cottage School earns an undefeated Atlanta Athletic Conference season (10-0) getting sweet revenge over Atlanta Area School for the Deaf (who won their first school title last season over the same Cougars), beating the black cats 54-39 to win their sixth AAC crown in school history. Matter of fact, since Coach Briggs took over the program fifteen years ago and with their first ever title in just his fourth season, the Cougars have now been in the AAC championship game nine of the past twelve years. To put this in perspective, the AAC has been in existence for 31 years dating back to 1989. Over the past twelve years the Cougar dynasty has had more wins, titles, appearances, and undefeated seasons than any other AAC school in history!

After both teams cat-scratched each other for as close of a match a contest can have between two squads for three of the four periods, it was the third stanza that decided the Panthers fate. TCS and AASD were separated by a buzzer-beater hoop by Reese Bentley to give his team a 26-24 edge at intermission. When the fourth frame concluded, AASD beat TCS 11-10. It was the third quarter the Panthers wish they had back. 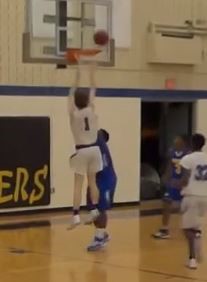 The tan cats precisely executed through the black cat half court trap. After four minutes the Cougars went on an 8-2 run for a 34-26 lead. Then to conclude the third period TCS put on a full court press to increase their lead and all but mold a new ring. Cottage finished on a 10-2 run outscoring the Panthers 18-4 in that frame for a comfortable 44-28 edge.

Coach Briggs spoke on the period; “We attacked AASD the same way instead of doing something different after the break because Suroy and I wanted the guys to prove we could. Once we accomplished that goal, we then called a timeout to congratulate them. We then gave them one final challenge. If we do it right, we can end the game right now. Our full court press has been a work in progress and the plan was to use it from the start, but the flu bug got our team the past two weeks and we just got everyone back yesterday. Knowing their legs and lungs were not 100% and with a couple key members in early foul trouble, we could not do it. We felt now was the time to try it for the final three plus minutes of the third. We may not have played anywhere near the best we could have tonight but when needed, these boys focused and completely dominated to all but seal the ‘ship!”

This ends a great season but not for everyone. The AAC also has its annual All Star game and the Cougars had five team members earn a spot. Seniors Shane Hendrickson and Tim Mattioli, juniors Reese Bentley and Ruslan van Kesteren, and sophomore Aidan Briggs all made the honor. TCS will host this event next Saturday (2/22). The skills competition starts at 11:30AM but the boys will need to be there at 11AM for a quick practice. Both Reese and Ruslan are entered in the 3-point contest and Aidan, Shane, and Tim will be involved in a partner hot shots skills competition.

Aidan Briggs became the first sophomore to win MVP of the AAC tournament since former Cougar, AJ Farrar won it back in 2012. Aidan led the team with 15 points and 7 rebounds. He also shut down #13-Bembry (AASD All Star) to just six points. 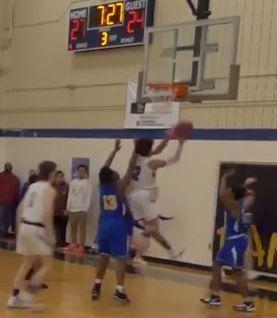 Reese Bentley and Kye Kimble each scored 11 points each. With Aidan on the bench for the entire second quarter in foul trouble, these two guys were huge in keeping the Cougars in the game. Early in that period, AASD held a 16-10 lead, before the team came back to take their first lead 26-24 at the buzzer and never looked back. 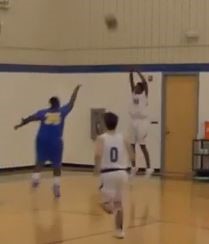 Tim Mattioli finished with 9 points and hit two clutch three pointers early in the third stanza during the first of two runs. He also added 4 rebounds, 3 steals, and 2 blocks. 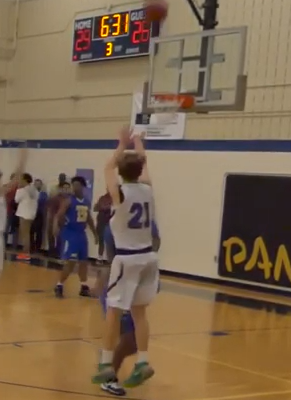 Shane Hendrickson settled down after having a rough first quarter. He only had one turnover in the second half and led everyone with 7 assists. He also scored 3 points, had 3 steals, and grabbed 5 boards.

DJ Donaldson and Alex Hogg played big roles for the team. Stats do not hold value on the important minutes contributed. DJ also took two big charges in the second period that put their best player (#24-Stackhouse) on the bench in foul trouble.