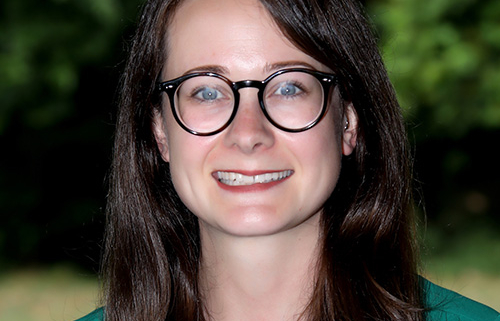 Amanda Burke Parker is in her third year as Head Coach for The Cottage School’s Varsity Archery Team. During her three seasons, Coach Parker has shifted the team’s focus from Archery skills alone to whole-body fitness, incorporating flexibility, endurance, power, and target panic training into the typical archery training.

The 2018-2019 season will be their first in which GISA recognizes Archery as a Varsity Sport. Coach Parker continues to lead the team towards becoming better teammates and competitors. Archer’s team and individual scores continue to increase season after season.

Prior to coaching the Archery Team at TCS, Amanda participated in several sports. She has been an avid rock climber since elementary school and continues to climb outdoors today. In high school, she competed for St. Pius X Catholic High School at the Varsity level in Pole Vaulting and Diving as well as managing the Wrestling Team. During undergrad at Georgia College and State University, Amanda competed on a women’s Ultimate Frisbee Club, Lynx Rufus, which placed 6th at DIII College Championships their first year as a team in 2013.

Amanda’s coaching philosophy is to instill good habits and a sense of comradery in athletes who are mostly new to team sports. Her aim is to move the team towards becoming more competitive while supporting individual archer needs.