On Wednesday, the girls’ and boys’ cross-country teams competed in the 2021 Atlanta Athletic Championships hosted by Mill Springs Academy. The girls swept first through third and won the Championship going away.  The boys team placed second to Howard, losing by one point.  Skylar Brown led the girls race from the gun and won gold in 28:37. Malia Richards earned silver in 29:11 as Hannah Katz earned bronze at 30:00. Finley Love placed 7th with a 33:58. Ava Morelle ran a gutsy race to place 8th in 35:27 as Eleanor Gaffneystone strode across the finish line in 36:12 for 9th overall.

Senior veteran Camden Michaud garnered silver (19:21) in the boys’ race in a proper Donnybrook with Howard’s top seed, Wes Fow who pulled away in the final meters to win overall.  Up and Comer Frosh, Ryan Gaffneystone kicked well into the chute for bronze in 20:28.  Unfortunately, following a strong start, both Jack Alexander and Will Moore were unable to complete the race due to technical challenges (Hard, invaluable lessons were learned).  Stalwart Senior Nate Dunbar placed 13th in 23:16, while neophyte Austin Conduah sprinted for a coveted top 15 spot in 24:42.  Noah Velasco ran 26:41 to earn 19th.  Quique DeCastro earned 36th in 35:21 as Jonah Lorman raced to a close 37th in 35:47. The 8-12th grade Contingency of Cougar Harriers will depart TCS on Saturday, November 6 for the State GISA Championship the following day at Middle Georgia State University. Thank you for your continued support of our young charges as they pursue excellence, humility, and kindness in life. 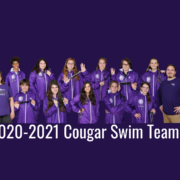